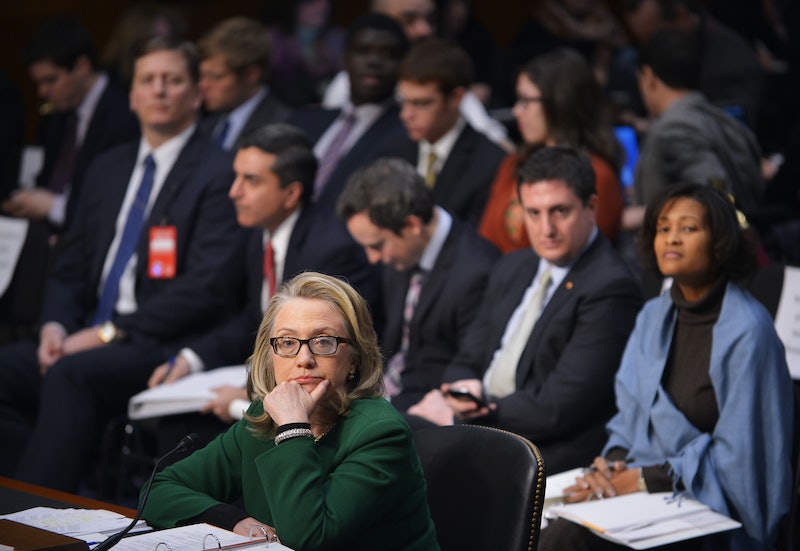 We've heard from both sides of the aisle on why the hearing on the 2012 Benghazi attack is worth having: for former House Speaker John Boehner it's about "getting to the truth," and for Rep. Elijah Cummings, top Democrat on the House Oversight Committee, it's about "defend[ing] the truth." The distinction in how the two officials have described the purpose of the investigation reflects the months-long battle between Democrats and Republicans to frame the hearing as either a way to prove possible misdeeds by the former Secretary of State or a way to clear Hillary Clinton of any accusations. So who, exactly, is on the Benghazi committee and what might they bring to the hearing table other than a party affiliation?

Clinton prepares to testify in front of the committee Thursday, and she may view the hearing as an opportunity to change public opinion about her actions in handling the 2012 attack against the American consulate in Libya. Forty-four percent of Americans say they're not satisfied with Clinton's response according to a new poll by NBC News and The Wall Street Journal — those on the committee are gearing up to ask their questions.

Cummings, since being appointed to the House Select Committee, has been vocal about putting an end to false claims made by Republicans about Clinton's response to the attack. The Maryland representative even said he agreed to join the committee particularly because he has seen "how abusive the Republicans have been" and wants to be able to check these "false claims" when it comes time for the hearing, CBS News reports.

Schiff has said that those on the committee from his own party plan to focus on bringing the Benghazi case to a close by finding the perpetrators as well as determining ways to prevent future attacks. Schiff's statement describes seemingly basic steps an investigative committee would take following an attack of this sort, and out of context might seem odd. But the fact that there has been so much attention focused directly on Clinton's role leading up to the hearing that using the time to accomplish these purposes actually seems a bit inspired.

How the Republican committee members plan to approach their questioning of Clinton has become less clear in recent weeks, as heightened criticism of Republicans' possible partisan motivation has resulted in them going into pretty intense defensive mode. More than a third of Americans surveyed in the same NBC News poll say they think the congressional investigation is unfair and too partisan.

The other five comprising the Republican portion of the committee are Rep. Martha Roby of Alabama, Rep. Jim Jordan of Ohio, Rep. Mike Pompeo of Kansas, Rep. Peter Roskam of Illinois, and Rep. Susan Brooks of Indiana.

Thursday morning will finally show where the committee divides, particularly when it comes to Clinton, and what aspects of the 2012 attacks it'll focus on. The hearing will be aired on C-SPAN and available for live-streaming beginning at 10 a.m. ET.