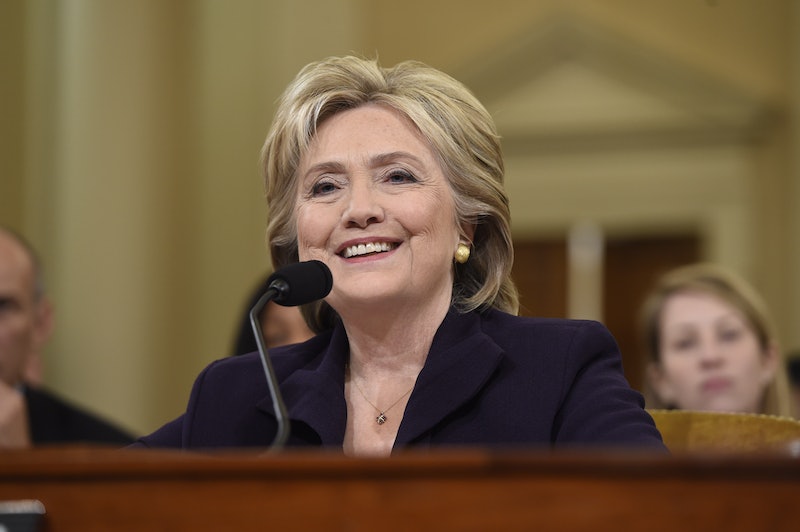 Former secretary of state and 2016 presidential hopeful Hillary Clinton testified before the House Select Committee on Benghazi Thursday. While Clinton would probably love to never hear the word "Benghazi" again in her political career, the death of four Americans in September 2012 at a U.S. diplomatic outpost in eastern Libya has been a controversial part of her career for the past three years. Many Americans have directly blamed Clinton for the deaths of two CIA personnel, a diplomat, and Ambassador to Libya Christopher Stevens. And while many Republicans are eager to hear her statements — House Republicans created the committee that asked her to testify — some are taking a lighter tone on Twitter about Clinton's testimony before the Benghazi committee.

The Committee on Benghazi's questioning of Clinton is focused on the security at the Benghazi compound. The panel includes seven Republicans and five Democrats, who will each have 10 minutes to ask Clinton questions about the 2012 events. South Carolina Rep. Trey Gowdy, chair of the committee, has suggested that Clinton failed to properly secure the U.S. outpost in Libya, which may have contributed to the four Americans' deaths. The hearing began at 10:00 a.m. ET Thursday, and is expected to last between six and eight hours. Luckily, there's a never-ending supply of funny tweets about the Benghazi hearing to get you through the day.

Some people have suggested that Gowdy's investigation into Clinton's actions has become increasingly partisan, and is an attempt to slow down her presidential campaign.

Others were concerned that Clinton's statements at Thursday's hearing are contradictory to what she's said about the Benghazi attacks in the past.

A number of Twitter users were concerned that the committee wasn't asking Clinton the right questions.

And some people were so over the event they resorted to nonsensical comparisons and jokes.

You can always count on Twitter to keep it real.

More like this
How Alexia Del Valle’s Latinx Roots Influence Her Content
By Alexis Morillo
15 Halloween Costumes Inspired By TikTok Trends
By Emma Carey
Why TikTok Is Obsessed With Caesar Salads Right Now
By Alexis Morillo
Behind The Hilarity Of The "POV: You Walk Into My Room" TikTok Trend
By Lexi Inks
Get Even More From Bustle — Sign Up For The Newsletter