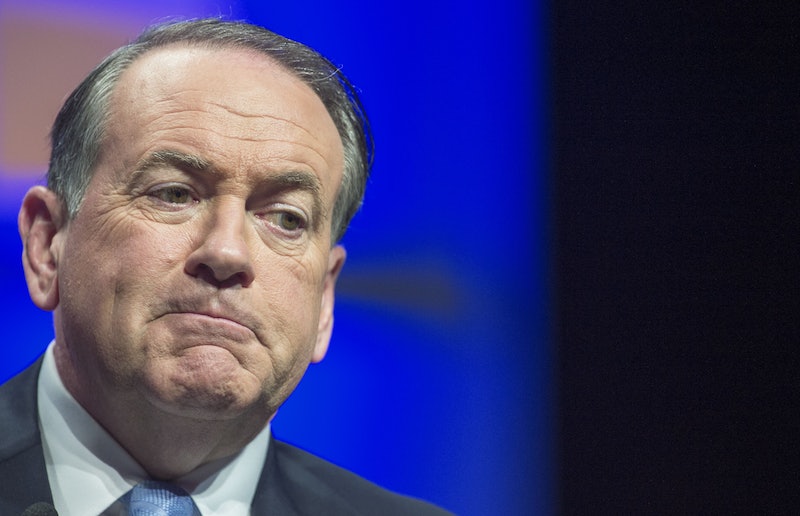 The House Select Committee on Benghazi questioned former secretary of state and 2016 Democratic presidential hopeful Hillary Clinton on Thursday, and things escalated pretty quickly. The committee, led by Republican South Carolina Rep. Trey Gowdy, focused its line of questioning on security at the U.S. diplomatic outpost in eastern Libya. Four Americans, including two CIA personnel, a diplomat, and Ambassador Christopher Stevens, died in Benghazi in September 2012. Many Republicans directly blame Clinton and the State Department for their deaths. And the Republicans skeptical of Clinton's testimony and actions in Benghazi include more than the panel's seven Republicans. Some of the 2016 Republican presidential candidates have spoken out about Clinton and Benghazi.

The committee hearing started at 10:00 a.m. ET Thursday, and it's expected to last anywhere between six and eight hours. Some GOP presidential hopefuls, though, tweeted about Clinton and the 2012 Benghazi attacks before the hearing even started. On Twitter, Republican presidential candidates, including former Florida governor Jeb Bush, Kentucky Sen. Rand Paul, former Arkansas governor Mike Huckabee, former New York Governor George Pataki, and South Carolina Sen. Lindsey Graham expressed their distrust of Clinton's account of the 2012 events. However much Clinton may want to stop talking about Benghazi, it appears that her past will still be part of the 2016 election discussion.

Bush tweeted that Clinton's service as secretary of state "deserves scrutiny today," and that her "Benghazi security failures were a stunning example of an incompetent foreign policy." Bush posted the tweet at 9:43 a.m. ET, before the hearing began.

Huckabee sent a series of tweets once the Benghazi committee hearing began, and he didn't mince words. Huckabee began the tweetstorm by saying that "Chris Stevens died" and "Hillary Clinton lied" about it. Huckabee added in a dig at President Obama for good measure, saying that "the Obama administration tried to cover it up."

Graham tweeted his support for Gowdy on Tuesday ahead of the hearing, saying that "every American who believes we deserve the truth about what happened in Benghazi should be proud of the work by Trey Gowdy." Graham also sent several tweets during the hearing on Thursday supporting Gowdy's Benghazi investigation, which has come under scrutiny for being too partisan against Clinton.

Pataki retweeted a series of tweets quoting a Fox Business interview with him ahead of the Benghazi committee hearing. In the interview, Pataki called Clinton "untrustworthy" and said that Gowdy "has tremendous integrity."