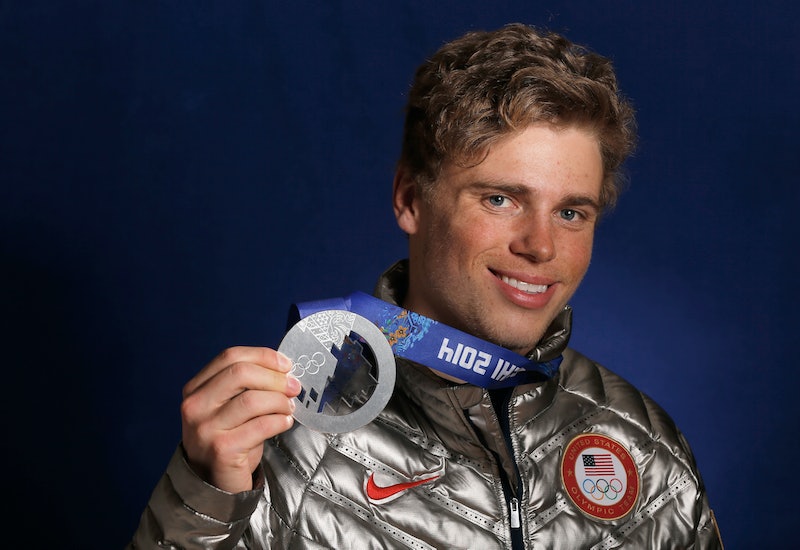 In an interview with ESPN magazine which was released Thursday, Olympic freeskier Gus Kenworthy came out as gay. It was actually the first thing he said when he sat down with reporter Alyssa Roenigk in Los Angeles in September. And it's a big deal, because Kenworthy is the first action sports athlete to openly come out. But he isn't convinced that this is going to change the way people perceive gay athletes or treat gay people in general. The most revealing part of Kenworthy's ESPN profile are the quotes from his friends and family which show just how humble and introspective he really is.

Kenworthy won a silver medal during the 2014 Winter Games in Sochi, Russia. But he says that when he returned home, he felt like "a liar and a coward" because he believed his fans wouldn't still support him if they knew that he was gay. In fact, he was so convinced that people would hate him that he even contemplated taking his own life. Instead, he promised himself he would do two things: become the best freeskier in the world, and tell everyone the truth about his sexuality.

Kenworthy's mother, Pip, said that she knew he was gay, but that didn't change her love or support for him. She also said that he has always been fiercely competitive. She told of how, growing up in Telluride, Colo., Kenworthy and his older brothers, Hugh and Nick, started taking skiing lessons. Then, when the terrain park staff would kick them out, he would build jumps in the backyard to keep practicing.

Kenworthy told ESPN that he knew he was gay as early as five years old, but that "being gay has never been looked at as being cool," and he wanted to be cool. So he was ashamed and insecure. The better he was at national skiing contests, though, the more attention he got. When he was 19, an ESPN TV producer asked if his girlfriend would be in attendance. Kenworthy said it caught him completely off guard, so he said, "No, no girlfriend." And that's been something he's repeated year after year, even when he had a boyfriend in the crowd cheering for him. Kenworthy said it was the one question that threw him off his game the most — so much so that his friend and four-time X Games gold medalist Bobby Brown could notice:

It's actually become stressful for me to be around him at contests because he's so stressed out. He will get onto the chairlift at X Games and throw up, he's so nervous. I've never seen anyone react that way, and it's been getting worse and worse.

Kenworthy said that the skiing world is a bit different than the world of team sports. He said that everyone is told to be individuals, but that the testosterone-fueled culture almost prohibits that from happening. "Be creative, be yourself, be all this stuff, but also literally just be everybody else," he said of the action sports community. Brown said that it's this weird exclusionary quality of a community which claims to include everyone that makes Kenworthy's decision both difficult and necessary:

It's tough when you have people telling you who to be and how to act in order to keep your job. But I've seen that the people who flourish stick to their guns and are themselves. Those are the people who live the happiest lives and have the most longevity in action sports. But that's easier said than done.

It's this struggle to conform, and his desire to be the best, that almost led Kenworthy to quit skiing after the January X Games in Aspen, when he didn't medal in any of his events. Thankfully, his dad and his manager talked him out of it, and he continued the 2014-2015 season, which many believed was one of the best of all time. Canadian freeskier Justin Dorey said that Kenworthy achieved his goal of being the best:

About five years ago, we all started picking slopestyle, halfpipe or big air and focusing 100 percent of our time on one event. Gus is the only athlete who is talented and driven enough to win in all three disciplines. And he did that last year. He's the best contest freeskier in the world. He has the head on his shoulders to be the icon.

Early in his skiing career, Kenworthy became well known for "guinea-pigging," or trying new jumps and tricks before anyone else. "I had rubber bones," he told ESPN, adding that he used to be a bit more daring. Now, Dorey says that Kenworthy is leading the way for action sports athletes in a completely different way — a way that will lift the burden of being truly different for many athletes in the future:

I'm sure there have been gay action sports athletes in the past. I'm sure there are now. But Gus being the first to step up, come out and take the heat, it's badass. Once again, he's guinea-pigging it for everyone else.

But Kenworthy doesn't see it that way. He said he just wants to be himself while he kicks ass: "I want to be the guy who comes out, wins shit and is like, I'm taking names."