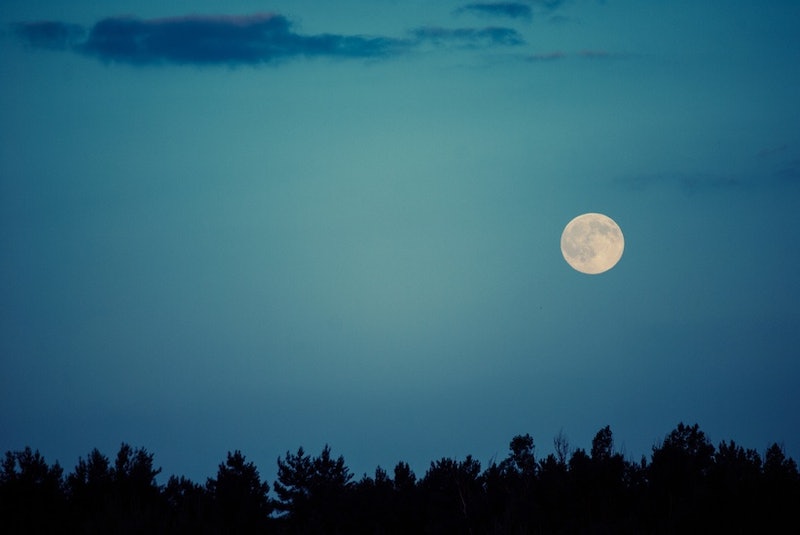 It's that random curveball that comes at us every year. The end of Daylight Saving Time is just around the corner. We're about to "fall back." And you guys? The end of Daylight Saving Time is the worst. Sure, turning the clocks back an hour at 2 a.m. on Nov. 1 is kind of a treat for Halloween lovers this year. Your nighttime festivities will have an extra hour to get even weirder (or you'll have more time to recover from your hangover in the morning). But when the costumes are put away and the candy is eaten, the fact remains that we're about to enter the dark ages. Literally. After Daylight Saving Time ends, it's still dark when you wake up in the morning, and already dark when you're heading home from work. No wonder seasonal affective disorder is such a problem.

The idea of Daylight Saving Time is actually a lot older than you might think it is. Ancient civilizations used to adjust their sleep schedules with the sun. Then, a 1784 essay by Benjamin Franklin proposed the idea (jokingly, about Parisians, but whatever) of getting up earlier to make better use of one's candle supply. This makes a lot of sense when you remember that he's the guy who gave us the platitude "Early to bed and early to rise makes a man healthy, wealthy, and wise." Clearly, he had never heard my expression "Late to bed, late to rise. What? I'm not sleeping! I'm just resting my eyes."

But Franklin had a point. DST was conceived as a way to be more efficient with our daylight. By shifting the time twice a year, we add extra daylight to our mornings and keep the sunset from occurring too late. It's worth noting that not every country participates in Daylight Saving Time — and indeed, not even every U.S. state is in on the shift. Maybe we should all relocate to Hawaii or Arizona and save ourselves the trouble?

Clearly, I feel very strongly about the concept of Daylight Saving Time. So here are just a few reasons it's the worst. Who's with me?

1. It Gets Dark So Early

When the clock is set back, suddenly your winter days are reduced to mere blips. It seems like by the time you get out of bed, the sun is already setting. DST is supposed to make you more efficient, but it kind of just makes me want to hit snooze for infinity.

Research suggests that for some people, it takes as long as three weeks to adjust to a new sleep schedule. Even offsetting your schedule by one hour twice a year means six weeks of disrupted sleep. I can feel the backache already.

3. It Fails Our Economy

According to Business Insider, DST could be costing the United States anywhere from $400 million to $2 billion each year. While there's no clear or distinct figure, there's clearly an economic impact.

In the end, Daylight Saving Time is something we invented. It's shocking to think, but if we just stopped observing DST, the world would in fact go on spinning.

If John Oliver is asking why this is still a thing... we should probably be asking ourselves the same.

More like this
15 Easy Pranks To Play This Halloween
By Emily Kelley and Lauren Grant
10 Stranger Things-Inspired Halloween Costumes For True Fans
By Emma Carey
10 Pumpkin Recipes That Are Way More Creative Than Pie & Lattes
By Rebecca Deczynski and Alexis Morillo
Bennifer, Kravis, & 14 Other Fun Celeb Couples Halloween Costume Ideas
By Emma Carey and Brittany Leitner
Get Even More From Bustle — Sign Up For The Newsletter