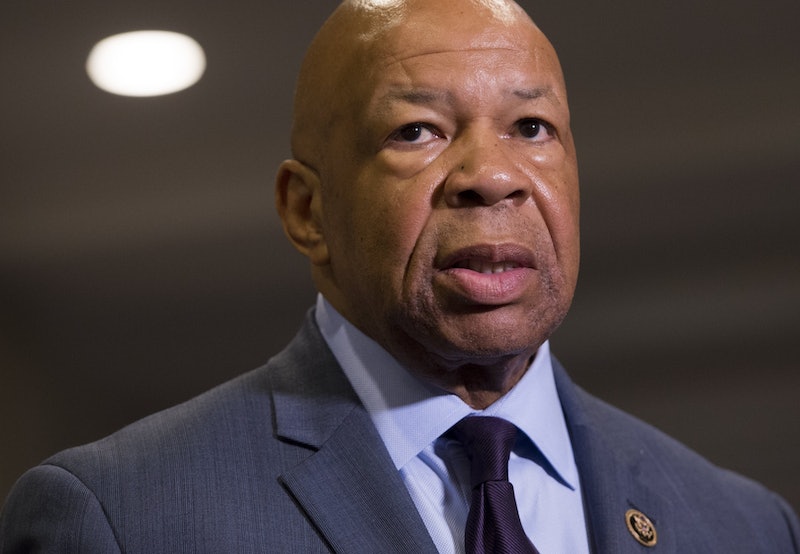 Although Hillary Clinton was the one testifying Thursday before the House Select Committee investigating the 2012 Benghazi attack, Elijah Cummings was the real star of the show. Clinton has testified about Benghazi multiple times before, so her answers were largely predictable. And the Republicans on the committee behaved as expected, accusing Clinton of wrongdoing and often going off-topic. Amid this partisan battle was Cummings, the senior Democrat on the committee, who thought the entire thing was pointless. His explicit attacks on the GOP and his overall annoyance with the Republicans' behavior made Cummings the best part of Clinton's Benghazi hearing.

Cummings wasted no time expressing his disapproval of the hearing, saying in his opening statement that there had already been bipartisan investigations into the Benghazi attack and that this one was only an attempt to hurt Clinton's presidential campaign. He also argued with Trey Gowdy, the committee chairman, when he felt Gowdy's line of questioning was unrelated to the four American lives lost in the attack being investigated.

Cummings held nothing back, and made his true feelings about the investigation crystal-clear. Here are eight moments from Clinton's Benghazi hearing that show why Cummings was the best part.

The problem is that the Republican caucus did not like the answers they got from those investigations, so they set up this select committee with no rules, no deadline, and an unlimited budget. And they set them loose, Madam Secretary, because you're running for president.

When He Called Out The Republicans For Their Conspiracy Theories

The problem is that rather than accepting these facts, Republicans continue to spin new conspiracy theories that are just as outlandish and inaccurate.

When He Said What Americans Really Want

When He Tweeted About Himself

He knew he was the best thing to happen to this hearing.

When He Pointed Out Redundancies

I want to start with the No. 1 question that Republicans claim has not been answered in eight previous investigations. Yesterday the chairman wrote an op-ed and he said, this is his top unanswered question about Benghazi. And it is, and I quote, "Why our people in Libya and Benghazi made so many requests for additional security personnel and equipment and why those requests were denied?"

Secretary Clinton, as you know, this exact question has been asked many times and answered many times.

When He Asked For Sidney Blumenthal's Testimony To Be Released

You issued a subpoena to Blumenthal on May 19, 2015, compelling him to appear for a deposition on June 16, 2015. You issued that subpoena unilaterally without giving the select committee members the opportunity to debate or vote on it ... Now, these facts directly contradict the statements you made on national television.

Gowdy said he didn't contradict himself and asserted that Blumenthal's testimony was necessary because of his emails with Clinton. When Cummings asked for the records to be released, Gowdy asked why, and Cummings replied:

I'd like all of them released. The truth, the whole truth and nothing but the truth. That's what we want to have. Let the world see it.

When He Got Cheeky

When Gowdy told Rep. Susan Brooks that she had gone over her time, Cummings interjected: "Way over."

When He Just Wanted To Go Home Already

Madam Secretary, a few million hours ago, we were talking about the diplomatic security folks on the night of the incident. And you looked like — it appeared that you wanted to say a little bit more about that and what they, speaking of that — the incident. Would you like to elaborate?

Cummings' blunt remarks made the hearing much more entertaining for everyone... except maybe Gowdy.