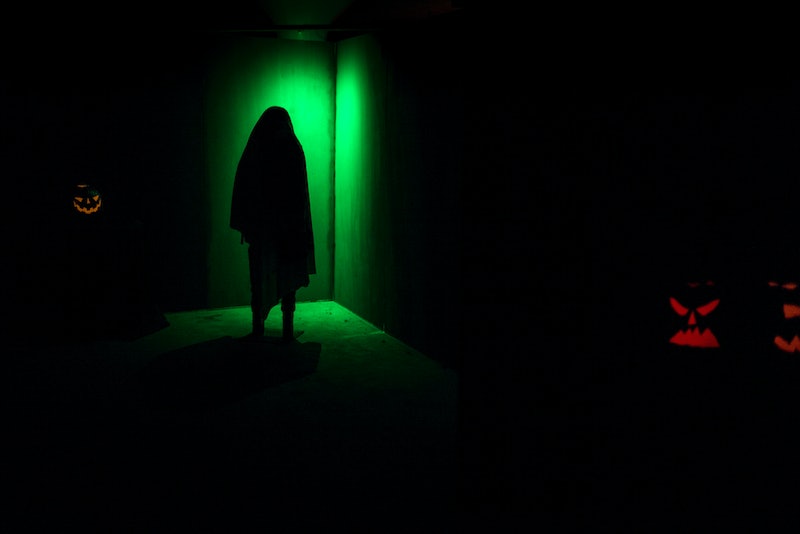 Halloween is just a week away, and as always, creepy rumors and horror stories and conspiracy theories abound. But while much of the fear-mongering around Halloween is just that, there have been also been numerous devastating incidents — real-life horror stories — that have taken place on Halloween. Some of them contribute to an ongoing nationwide discussion regarding the tragic nature of gun violence, while others are simply unbelievable and heartbreaking.

From a nine-year-old girl who was mistaken for a skunk to a woman's body being mistaken for a Halloween decoration, the holiday seems to attract as much tragedy as it does celebration. It is worth noting that the stories discussed here might not be for everyone due to their graphic and violent nature, and should not be a cause for amusement.

With that being said, these stories can also alert us to the potentially horrific things that might take place, even if they are few and far between. Enjoy your Halloween, but make sure you're watching out for yourself and the people around you.

Here are a couple of puppy GIFs for you first, just in case you're not feeling entirely prepared to deal with these stories (I certainly wasn't):

Back in October 2012, a nine-year-old Pennsylvania girl was at a Halloween party when she was shot by a relative who mistook her for a skunk. The girl was wearing a black Halloween costume and a black hat with a white tassel, causing a relative to shoot her in the shoulder. She was immediately rushed to a hospital, where she underwent surgery. Several days after the incident, 24-year-old Thomas Edward Grant was charged with aggravated assault, reckless endangerment and simple assault for shooting his cousin.

In October 2005, a 42-year-old woman in Frederica, Delaware used some rope to hang herself from a tree on a fairly busy road — meaning that vehicles driving by could easily see her body hanging there. Tragically, her body remained there for several hours and authorities were not initially called because neighbors dismissed it as a Halloween prank, thinking that her corpse was merely a decoration. Equally horrifying is that this is not an uncommon incident. It happened again this year.

It was Halloween night in 2004. Three roommates — 27-year-old Lauren Meanza, 26-year-old Adriane Insogna, and Leslie Mazzara — had finished handing out candy for the night and were asleep in their Napa Valley, California home. But around 2 a.m., Meanza woke up to Insogna's screams. Meanza realized there was an intruder in the house, so she ran outside and stood defenseless in the backyard. But after waiting and never seeing the intruder, Meanza ran back into the house, only to find Insogna and Mazzara laying in Insogna's room, bleeding from multiple stab wounds. By the time police arrived, both women were dead.

It took a long time for police to figure out who was responsible for the double homicide. But in September 2005, after talking to numerous suspects and investigating the blood and cigarette butts found at the scene of the crime, they arrested Eric Copple, the then-fiancé of Insogna's best friend, Lily Prudhomme. The news of Copple's guilt came as a shock, but he felt for a long time that his relationship with Prudhomme was failing and that her close friendship with Insogna was a contributing factor. So on Halloween night — the night before he and Prudhomme were supposed to get married in Hawaii — he got extremely drunk and committed the double homicide that will stay with Napa residents for a long time to come.

It is not uncommon for parents to warn their children to avoid eating any Halloween candy before they've thoroughly checked it. It is pretty uncommon for them to ever find something horrifically wrong with the candy, but that's not to say that it has never happened. Numerous stories about Halloween candy — from poisonings and sharp objects — have emerged over the years, with one of the more recent ones being the 2000 case of a 49-year-old Minnesota man named James Joseph Smith. Smith was charged with handing out candy bars that he had put needles in. Thankfully, no one was seriously injured, but one 14-year-old boy did prick himself when he bit into on a candy bar.

Okay, I know that was rough — and, if you're like me, utterly terrifying. Let's end with a few more puppy GIFs, just so you don't walk away from this post feeling as though you're going to experience a series of nightmares.