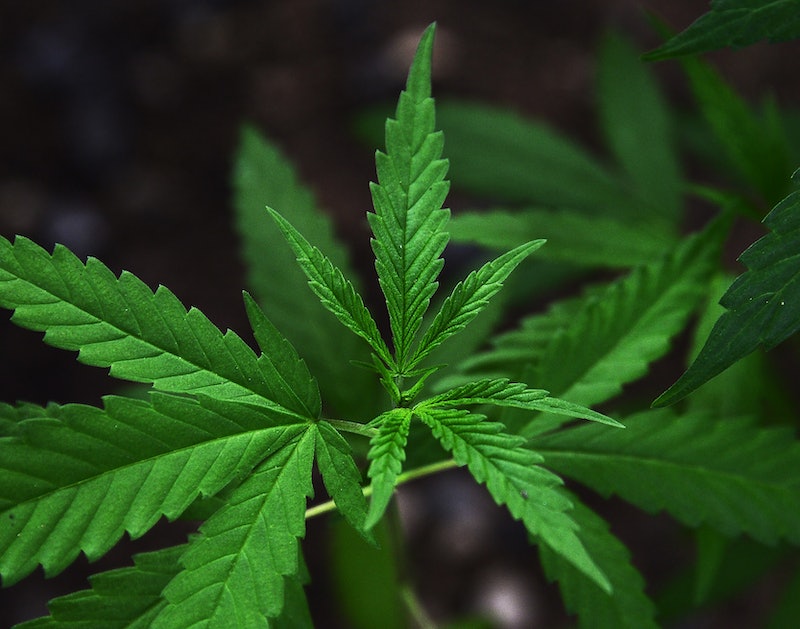 We're in the thick of presidential debate season right now, with plenty of juicy, intra-party primary face-offs. And although both sides look a lot different right now — the Democrats have a mere three candidates left standing and nobody else likely to consider getting in, while the Republicans still have a whopping 15 — there are always some commonalities. For example: if a stage full of presidential candidates get asked about marijuana, odds are someone is going to say something offensive, whether they mean to or not. Simply put, candidates at the debate should quit joking around about marijuana, because it's far from funny for the people who've had their lives derailed by overzealous drug laws.

This is the sort of thing you could see come up in either party's debate, although in the first Democratic one, the rhetoric managed to stay pretty respectable. On the Republican side, we've also mostly managed to avoid stereotypical anti-pot humor, and Kentucky Senator Rand Paul did a good job calling out a ton of hypocrisy inherent to the marijuana debate in Washington. But besides that, there was a lot of typically retrograde discussion, including Chris Christie invoking the time-worn, factually flimsy "gateway drug" claim.

For a prime example of the sort of thing I'm talking about, you don't have to look any further than President Obama, who's responded to straightforward questions about marijuana before with unwarranted snark. Back in 2009, as the Huffington Post detailed, Obama responded to a town hall question on the economic benefits of marijuana legalization like this.

There was one question that voted on that ranked fairly high and that was whether legalizing marijuana would improve the economy and job creation. And I don't know what this says about the online audience, but ... this was a popular question. We want to make sure it's answered. The answer is no, I don't think that's a good strategy to grow our economy. All right.

The remark, which comes across as slightly less condescending in print, drew criticism from pro-drug law reform advocates and activists, and for very sensible reason — President Obama is openly, admittedly known to have had quite a pot habit throughout his teenage years, a habit which could've landed him in prison under the wrong circumstances. Then, decades later, he's the head of the most powerful nation on Earth, and he's chuckling away an issue that could've prevented him from ever holding elected office in the first place, to say nothing of the thousands of Americans imprisoned for non-violent drug offenses through the years.

He also made a similarly irritating joke at a D.C. event in March, saying "I'm not saying I'm any funnier. I'm saying weed is now legal in D.C.," according to CNN. It's all pretty ugly, frankly, especially paired with his broken campaign promise about using Justice department resources against medical marijuana.

Even Jeb Bush's offhand, admittedly pretty funny aside during the Republican debate — saying "sorry, mom" after admitting he smoked in his youth — went a little further than he should have, considering the extent of his hypocrisy on the issue. In a Feburary article in the Boston Herald, a former classmate of his at Phillips Academy in Andover, Massachusetts alleged that Bush smoked and sold him hash, a type of cannabis concentrate. That was a move that could've earned him a cool ten years in prison for a pair of felonies — if he'd been living in Jeb Bush's Florida, that is, and if his name weren't Jeb Bush.

Make no mistake: between individual states taking their own initiative to legalize and tax marijuana, the burgeoning support seen among the three remaining Democratic candidates (at least what they're willing to voice to a sympathetic, primary audience), and even someone like Rand Paul who's willing to call out the ruinous nature of the drug war to a GOP crowd, things look to be trending in a positive direction. According to Gallup's historical tracking polls, a solid, strong 58 percent majority of Americans support legalizing recreational marijuana, tying the poll's high-water mark.

But we're far from actually achieving that reality on a state-by-state basis, much less federally, and that has a huge human cost, whether through imprisonment, or the accumulation of a criminal record that can mar background checks and ruin people's ability to earn a living. Until the federal government is willing to seriously address these injustices and take major steps to reform, its leaders (and those vying to be leaders) shouldn't be angling to score laughs off of weed.