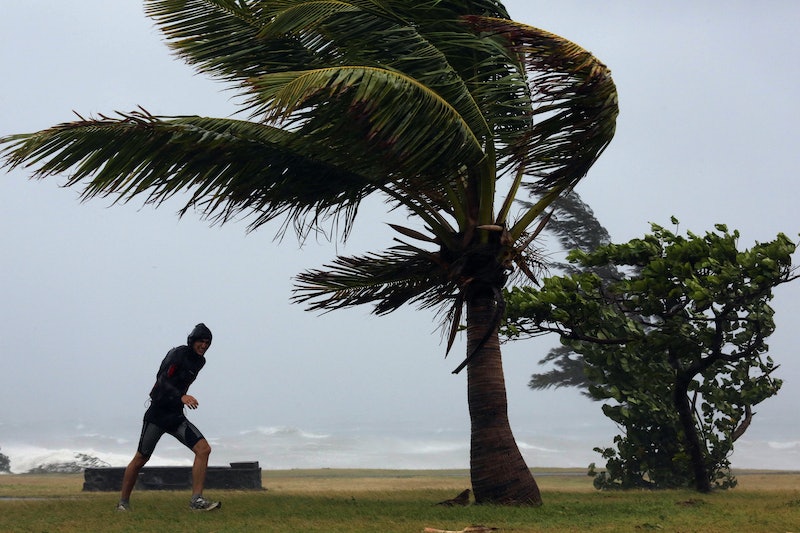 Update: Hurricane Patricia was downgraded to a tropical storm early Saturday morning, just 13 hours after it was deemed the strongest hurricane to ever make landfall.

On Friday evening just before 6:30 p.m. CT, Hurricane Patricia made landfall in Mexico as the biggest storm ever recorded. Hurricane Patricia made landfall near Cuixmala, Mexico, in the state of Jalisco, as a Category 5 storm, although it had weakened slightly right before hitting the shore. At its strongest, Patricia had sustained wind speeds of 200 mph, but it was down to 165 mph when it hit. Labeled as the "strongest hurricane on record" by the U.S. National Hurricane Center, Patricia is expected to wreak potentially catastrophic damage in the next several hours.

Earlier on Friday, meteorologists ominously predicted that Hurricane Patricia would be "the most devastating storm to ever hit Mexico." Mexican President Enrique Peña Nieto also issued a statement warning that the country that they've never experienced a hurricane of this magnitude. Mexican officials declared a state of emergency in dozens of municipalities as they braced for heavy rains, severe flash flooding, 40-foot surges, power outages, downed trees, and serious structural damage to buildings. Tens of thousands of residents in Jalisco, as well as its bordering states, Colima and Nayarit, have already evacuated.

Many meteorologists have compared Patricia's force to Typhoon Haiyan, which devastated the Philippines two years ago, killing more than 7,300 people and displacing four million.