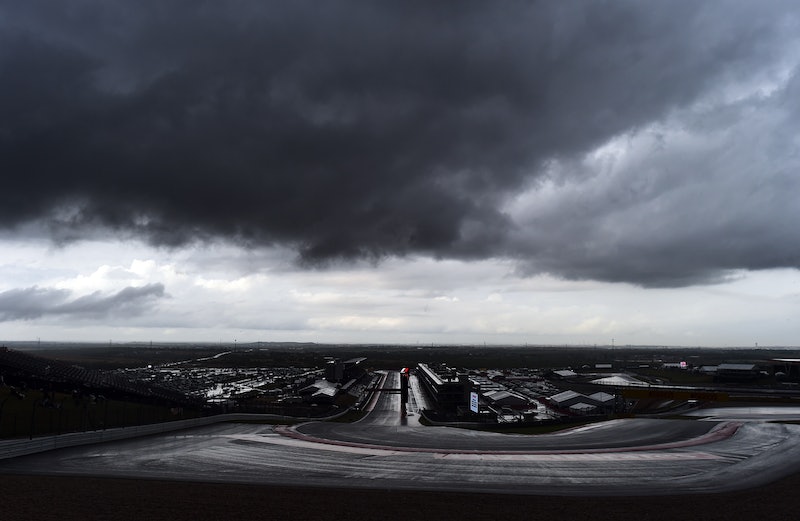 Although it quickly lost power after making landfall, thankfully not slamming Mexico with the full force of the most powerful hurricane ever recorded, tropical storm Patricia is still expected to pummel Texas with rain. Patricia's remnants are compounded by the multiple storm systems currently sweeping through the state, and will likely add to existing flash flood warnings in many metro areas.

National Weather Service meteorologist Kurt Van Speybroeck said that as she makes her way inland, the mountains of Mexico "will shred Patricia apart." Even then, through the winds might be blocked from moving across the border and into the U.S., the moisture will forge ahead into Texas, Louisiana, and Arkansas.

But Patricia's timing couldn't be worse for the Lone Star State. Existing storm systems put two-thirds of the state under flash flood warnings beginning Friday. Houston, Austin, Dallas, and San Antonio — the state's four biggest cities — were already facing heavy rainfall, expected to be up to a foot by Saturday. Emergency management officials are prepping for an already precarious situation in the state to get even worse.

Rains have already derailed a train, left cars stranded, and washed away a man who was attempting to follow after his dog.

It seems that North Texas has gotten the worst of it. The train derailed in Corsicana, about 50 miles from Dallas, on Saturday morning. The two crew members on board managed to swim to safety and were saved by county rescue teams. Corsicana has received 20 to 21 inches of rain since Friday, one of the highest amounts recorded in the state. In Navarro County, where the train was derailed, emergency teams performed 72 swift water rescues in the last 24 hours.

This latest major bout of rain comes five months after Texas was hit by flooding in Houston and Central Texas, pulling the state out of a drought for the first time in years. But even as a wildfire that has raged in Central Texas for the better part of two weeks is still being fully contained, the flood waters still aren't welcome. Texans know all too well that flood waters are not the type of rain that they want. Hundreds of homes near the Blanco River were destroyed by the Memorial Day floods, and some people who went missing were never found.

Flash flood warnings in parts of the state are expected to last through Sunday or even extending into Monday.