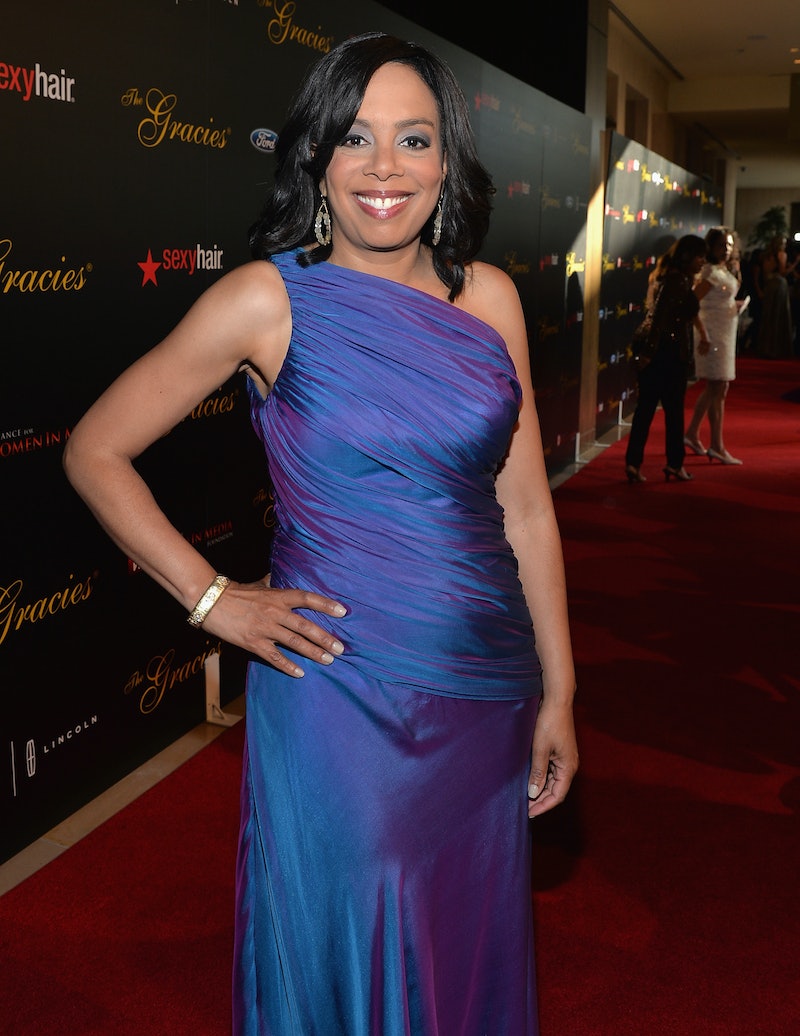 CNBC will be hosting the next GOP debate on Wednesday night, and senior personal finance correspondent for CNBC Sharon Epperson will be joining the panel of six correspondents covering the action throughout the night. All eyes will be on the 10 candidates at the podiums this Wednesday and, of course, the potential nominees should have the most focus, but it's important not to forget about the moderators either. They shape the debate and are trusted as journalists to dig deep on political issues for the sake of the viewing public. Knowledgeable and insightful guidance from the moderators is important, especially in a debate crowd this big and rowdy (I'm talking about you, Trump). Epperson has more than enough experience to hold her own with the heavy hitters — not to mention she'll be bringing a diverse perspective as a woman of color, which was conspicuously absent from the last Democratic debate.

Epperson graduated from Harvard in 1990 with a bachelor's degree in sociology and government. She began her interest in journalism at the Harvard Gazette, the school's official news outlet. She was also a sister in the Lambda Upsilon chapter of Alpha Kappa Alpha sorority, an intercollegiate sorority for students of Harvard, MIT and Wellesley (famous alumni from other chapters include Star Jones, Phylicia Rashad, and Shelia Jackson-Lee). After her undergraduate career, Epperson went on to graduate from Columbia University with a master's degree in international affairs, international media and communications.

Epperson started with CNBC in 1996 and has covered personal finance issues ever since. She has a strong history in energy markets, covering energy commodities from the floor of the New York Mercantile Exchange. In addition to her CNBC reporting and frequent appearances on NBC's Today, she has served as an adjunct professor in the School of International and Public Affairs at Columbia for the past 15 years, teaching in the same graduate program from which she received her degree. In 2007, Epperson co-wrote The Big Payoff: 8 Steps Couples Can Take to Make the Most of Their Money—and Live Richly Ever After, a personal finance book for adults preparing for retirement.

Epperson is a solid choice to join CNBC's panel of pundits. Debbie Quick, John Harwood and Carl Quintanilla will be the primary moderators, and on-air editor Rick Santelli and Jim Cramer of Mad Money will join Epperson to round out the cast of characters. The theme of the debate is "Your Money, Your Choice" so the moderators' financial experience will add a level of expertise to the debate that should prove interesting. The focus of the night will fall on jobs, taxes, the national debt and the economy, and Epperson and the CNBC team will have a chance to shine in front of a huge national audience.