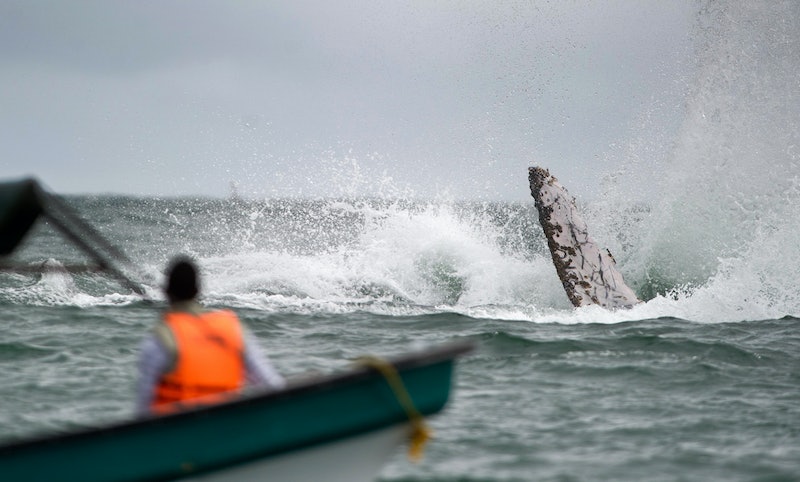 As officials continue their search for survivors, the question has now turned to what factors would have caused the Canadian whale watching boat to sink Sunday afternoon. According to the Associated Press, the vessel was carrying 27 people when it sank in the Pacific Ocean off Tofino, British Columbia, located on the west side of Vancouver Island. The Joint Rescue Coordination Centre has confirmed at least four people died in the incident, according to CBC News.

As of Sunday evening, it was unclear why the boat sank. The touring vessel is owned by Jamie's Whaling Station and Adventure Centres, which operates several different excursions out of Tofino. Mayor Josie Osbourne told CTV News that a similar incident with a whale watching tour boat happened nearly 20 years ago. "It does happen in a coastal community," she said. "It’s a beautiful, stunning environment but not without its risks."

Another witness, Rami Touffaha, told CBC News the boat was far enough where it wasn't visible to people on shore. He also told CBC News that the weather was beautiful with sunny skies. "The waters weren't choppy so I don't see what could have caused the boat to sink, but you never know in these waters unfortunately," he said.

On Sunday evening, Canada's Transportation Safety Board tweeted that it will be deploying a team of investigators to figure out what happened. Our condolences are with the victims' families and loved ones.