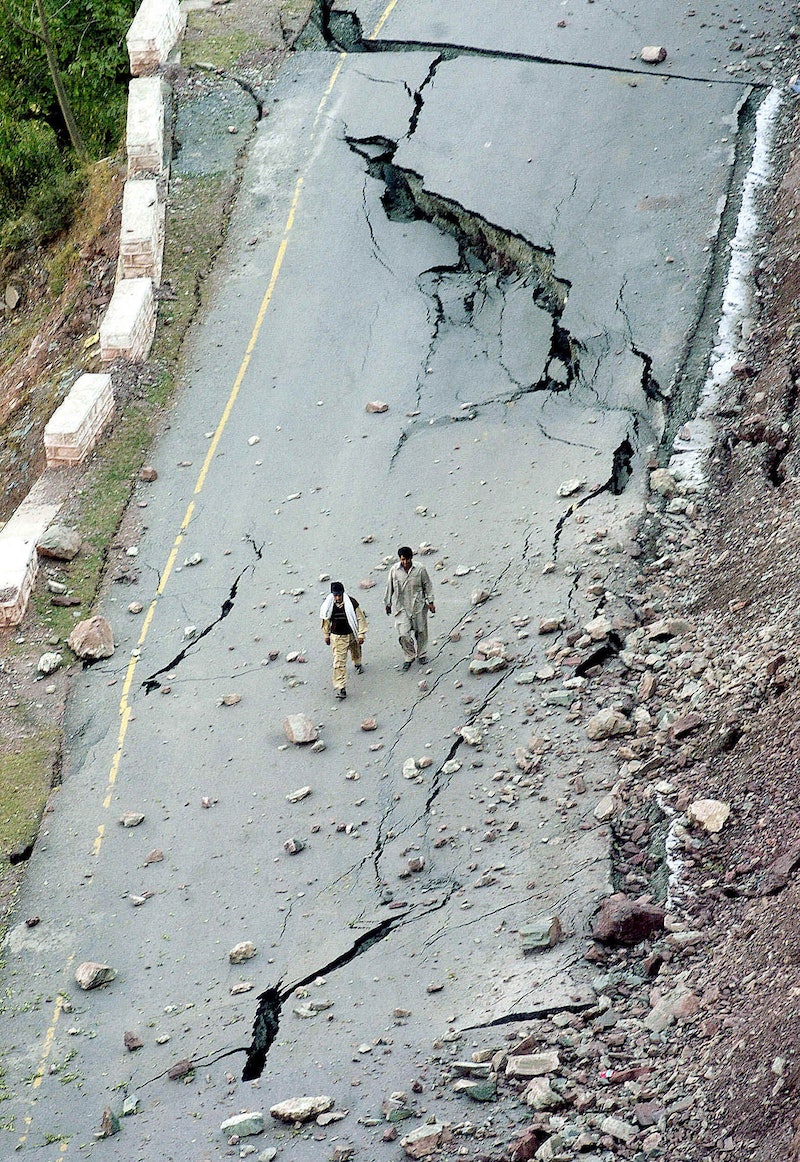 On Monday, a powerful 7.5-magnitude earthquake struck northern Afghanistan amid reports of tremors being felt as far as India and Pakistan. According to the U.S. Geological Survey, the earthquake took place in the Hindu Kush mountain range, roughly 30 miles south-southwest of Jarm, Afghanistan. The quake began at around 2:10 p.m. local time and could be felt in Afghanistan's capital Kabul.

There were no immediate reports of injuries or damage, though casualty numbers are expected and recent heavy rains could make structures more likely to collapse. According to the Associated Press, people in Pakistan's capital Islamabad ran outside of buildings and into the streets for safety. The Guardian reports that tremors could be felt in Pakistani cities Lahore and Faisalabad, as well as the Chitral district.

The area is incredibly prone to earthquakes. In 2002, two quakes in the Hindu Kush range, which spans Afghanistan and northern Pakistan, killed at least 1,166 people total. Three years later in 2005, a devastating 7.6-magnitude quake in the Kashmir region of Pakistan killed at least 86,000 people and injured another 69,000. And earlier this year in May, two quakes hit Pakistan's eastern neighbor Nepal within weeks of each other, resulting in a loss of more than 8,500 lives.