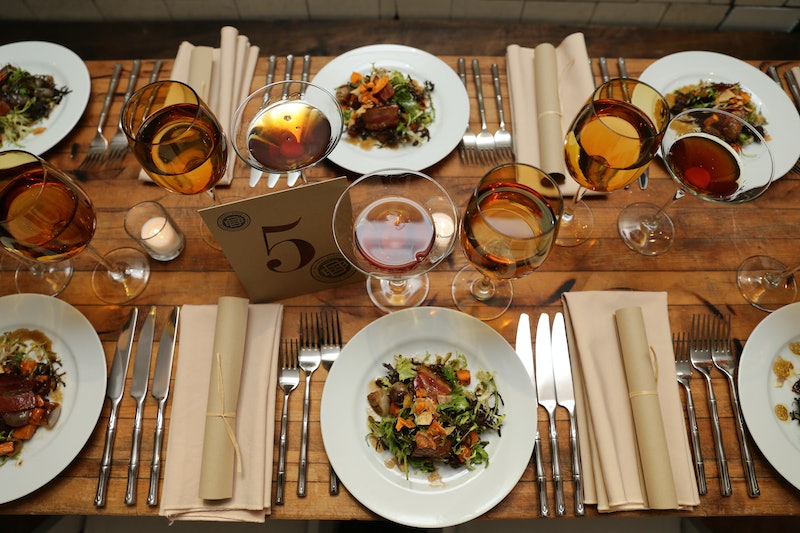 Hold the bacon! Ditch the hot dog! Pass the... spinach? The perfect time to go vegetarian might be right now. A World Health Organization report released Monday says that processed meats cause cancer. Processed meats, meats that have been smoked, salted, or cured to "enhance flavor or improve preservation" — for example ham, bacon, sausages or corned beef — are "carcinogenic to humans," according to the report. As little as 50 grams per day increases the risk of colorectal cancer by 18 percent, the researched showed. Basically, the more you eat, the more likely you are to develop cancer, according to this report.

The scariest part of the report?

"In view of the large number of people who consume processed meat, the global impact on cancer incidence is of public health importance," said Dr. Kurt Straif, head of the WHO's International Agency for Research on Cancer, in a press release. Basically, we're all eating so much potentially cancer-causing processed meat that being aware of the link — and cutting down on it in light of this — could have a major impact on our health as a nation. Gulp.

Oh, and I'm not done: Red meat "probably" causes cancer as well, the report noted. The evidence for red meat was more limited, however, and thus the WHO has designated it "probably carcinogenic to humans." Red meat — meat ranging from beef and pork to mutton and horse — seems likely to increase the risk of colorectal cancer as well, although studies point to an increase in pancreatic cancer and prostate cancer too.

Wild says governments and international regulatory agencies that provide dietary recommendations will need to balance the risks and benefits of eating red meat and processed meat. Grocery shoppers around the country may beat the FDA to the punch.

Are you thinking, "Oh, it's just one study?" Well, I have more bad news: More than 800 studies that investigated a connection between red meat, processed meats and different types of cancer were considered for the report. Twenty-two experts from 10 countries were part of the decision and the majority of the findings came from cohort studies conducted over the last 20 years. Cohort studies, if you wondered, follow groups of people without disease and watch for things to develop while meanwhile monitoring their behavior, looking for causes.

Those veggie burgers have a whole new appeal all of a sudden.

More like this
The 5 Best SLS-Free Toothpastes, According To Dentists
By Amy Biggart and Danielle Calma
Got Brain Fog? Here Are The Best Supplements For Memory & Cognition
By Carolyn Steber
7 Ways To Help People Impacted By Hurricane Fiona In Puerto Rico
By Carolyn Steber
Amazon Is Selling A Ton Of These 50 Things That Seem Expensive But Are Cheap AF
By Julie Peck
Get Even More From Bustle — Sign Up For The Newsletter