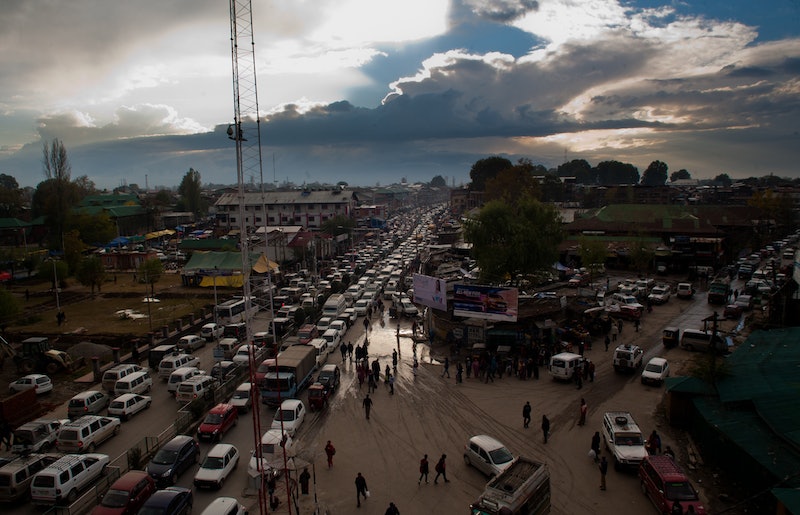 A magnitude 7.5 earthquake struck Southern Asia Monday afternoon, and early reports suggest that at least 180 people have died in Pakistan and Afghanistan. The exact numbers of deceased and injured people have been difficult to collect, since the earthquake disabled communication in many of the affected areas. The BBC reports that among those killed were 12 Afghan schoolgirls who were trying to escape their building. How can you help the Afghanistan earthquake victims? Relief efforts have barely started, but there are a few groups which need all the money and help they can get.

The earthquake was centered in the mountainous Hindu Kush region, which is about 45 miles south of Faizabad, a large Indian municipality. Injuries occurred not only due to falling buildings, but also as people were caught in stampedes as crowds tried to reach safety. An eyewitness in the city of Karimabad told the BBC that the earthquake create a landslide that crashed into the Hunza River.

Though Indian Prime Minister Narendra Modi tweeted that the country stands ready "for assistance where required, including Afghanistan and Pakistan," the countries will require widespread relief efforts to assess the damage, treat the injured, and search for survivors. The U.S. Geological survey issued an orange alert, meaning that the damage and number of casualties will require a response from outside areas, but not internationally:

Significant casualties are likely and the disaster is potentially widespread. Past events with this alert level have required a regional or national level response.

Still, giving money will only help provide groups with the capital and support that they require to work quickly. The Afghan Red Crescent Society, which is on-site providing disaster relief and assistance, takes donations at their website. Concern Worldwide U.S. is also on the ground, and you can donate to the group's efforts here. You can also donate to Doctors Without Borders, which announced on Twitter that it would be sending emergency medical supplies to Timergara, Pakistan. You can also retweet these official helpline numbers, which can be used by people in areas where assistance or rescue is needed. You can also donate to UNICEF, which has people on the ground around the world ready to assist in disaster relief efforts.

If you're skeptical of big charities, you can opt for either the first, smaller organization I listed or Doctors Without Borders, which is especially helpful and crucial in disaster situations. Lastly, the school where the Afghan schoolgirls were killed was in Afghanistan's Takhar province, and Concern reported that it was called Bibi Hajira . Information concerning whether the school will be taking donations to help relief efforts hasn't been released, but if you'd like to start a campaign or keep your eyes peeled for one, then save the name. Any small donation can help those affected.