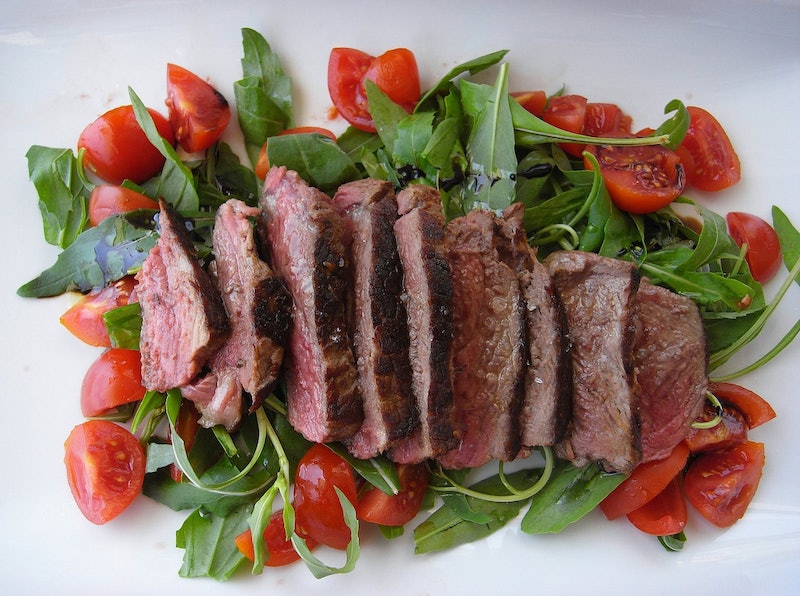 I hope you're not reading this in a barbecue restaurant. According to the World Health Organization, red meat probably causes cancer, while processed meat like bacon, sausages, and ham definitely do. But take note that meat is far from the only food that's been shown to cause cancer.

But first, a word of caution: There are tons of health blogs out there which believe that pretty much anything that isn't "organic" will give you cancer (and don't even get them started on GMOs). These fears aren't typically based on science, though. Indeed, the consensus is that non-organic produce is safe and healthy, and the same goes for GMOs. Coffee is likely not carcinogenic, for example (though it is officially listed as a Class 2B carcinogen, the findings have been wildly mixed). Additionally, aspartame is one of the most studied food additives in the world, and it's a near-certainty that it doesn't cause cancer. Even soy, which I had always avoided because I thought it was linked to breast cancer, likely has no such effect.

The misinformation around this makes me really angry, and not only because I couldn't live without coffee. Every citizen should be literate about scientific studies, and know when there's a scientific consensus about something. It's important for health (both personally and as a public health matter). It's important for things like the debate around global warming (which is a debate in part because of people who don't recognize a consensus when there is one). And it's important for civic engagement (since conspiracy theories make us less likely to do things like vote).

Lorelei Gilmore: Not a cancer risk.

So I present to you a list of foods that scientists actually believe may cause cancer — with a ton of caveats. The first one is that it's very hard for scientists to prove a cause and effect relationship between an ingredient and cancer. I'll try to note how strong the evidence is for each case. We'll discuss further caveats as we get to them.

Let's start with something that most scientists agree is carcinogenic: alcohol. Yup, even your precious red wine that you "take for your heart" (wink). Like with all carcinogens, the more alcohol you consume, the more likely it is that you'll get certain kinds of cancers. But even moderate alcohol use is linked with cancer — for women, a few glasses of wine a week increases your risk.

A lot of flour in the United States contains an ingredient called "Potassium Bromate," which helps bread rise higher. (U.S.A.! U.S.A.!) Alas, it's a category 2B carcinogen, meaning that it's suspected to cause cancer, but there hasn't been any significant evidence that it does outside of animals. The evidence, however, is significant enough that other countries have banned this ingredient.

Many starchy foods form acrylamide during high-temperature cooking. Acrylamide has been found to cause cancer in animals, but studies haven't shown that the same thing happens with humans. Many more studies are needed, but the World Health Organization calls acrylamide a major concern.

If carcinogens threw a music festival, this would be the headliner. Everyone knows that the chemical "BPA" in most canned food and bottled water causes cancer, right? Well, there's still a lot of uncertainty about it. There's a very good chance that BPA can cause breast cancer, but it's still unclear whether the amount in food is enough to be unsafe. And BPA-free plastics might be even worse.

Obesity is pretty solidly linked with many forms of cancer, so maybe watch out for that instead of avoiding specific foods that might cause cancer? Then again, deep-fried butter isn't really a problem if it's not a regular occurrence, so if fair food is your thing, then go for it.

More like this
Got Brain Fog? Here Are The Best Supplements For Memory & Cognition
By Carolyn Steber
Rachel Zegler Reveals She Had Breast Cancer Scare
By Radhika Menon
This Psychological Effect Might Be Keeping You From Hitting Your Goals
By Lexi Inks
Kourtney Kardashian Says She “Loves” The Changes To Her Body Caused By IVF
By Jake Viswanath
Get Even More From Bustle — Sign Up For The Newsletter