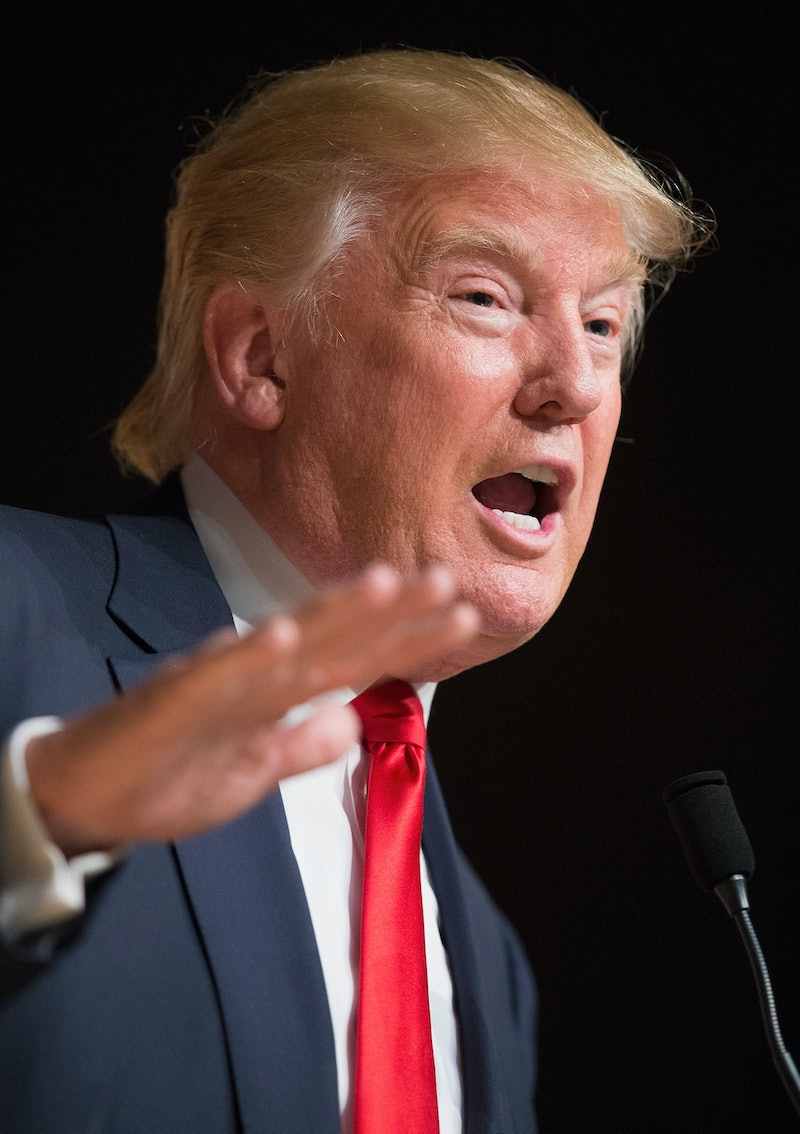 The American people know more about the family of Donald Trump than perhaps that of any other presidential candidate — beside Jeb Bush, of course. It is common knowledge that Trump's father was a real estate developer in New York, that he married three models, and that he fathered Ivanka in addition to four other children. But less known is the story of the woman who raised "The Donald." So who is Donald Trump's mother?

Her name was Mary MacLeod Trump, and she passed away in New York City in 2000, at age 88. According to her obituary, in addition her role as wife and mother, Trump was a prominent philanthropist in the city. Much of her philanthropical work centered in Jamaica, Queens, where the Trump family lived. She actively supported the Woman's Auxiliary of Jamaica Hospital and the Jamaica Day Nursery. And there was plenty of money to give; by the time of his death, Trump's father, real estate developer Fred Trump, had accumulated a fortune worth $300 million. Through his own investments, Donald Trump increased the family fortune to over $10 billion, according to Business Insider.

Mary MacLeod was born in Tong, Scotland in 1912 and met Fred Trump on a trip to New York. She emigrated to the U.S., and the two married in 1936. She visited her home country often, and sometimes brought young Donald and his four siblings with her. She spoke Gaelic, and taught her children some of the language.

She was a religious woman, according to statements by Trump:

She was also traditional, according to her son. "Whenever anything was on about, ceremonial about the Queen she could sit at the television and just watch it. She had great respect for the Queen and for everything (she) represents," CNN reports Trump said.

Trump's mother buried a son, Trump's older brother, Freddy Jr., when he was just 43. According to The New York Times, Freddy Jr. drank heavily. Trump became his father's protege instead. He worked with his father in real estate until Fred Trump's decline due to Alzheimer's, and his eventual death in 1999. Mary passed away only a few months after her husband, in 2000.

In 2008, Trump traveled to his mother's birthplace in Scotland to meet with his maternal relatives. He originally planned on building a $1 billion luxury golf resort in the area in honor of his mother's family. "I wanted to do something special for my mother," Trump said, according to The Guardian. After local environmentalists protested the hotel's construction and Trump butted heads with a wind farm located nearby the proposed property, he abandoned the plan and chose to develop in Ireland instead.

Trump has been surrounded by immigrant women for most of his life. In addition to his Scottish-born mother, both Trump's ex-wife Ivana and current wife Melania were born outside the U.S. Although MacLeod is no longer alive to comment, I can't help but wonder what she would say about her son's ambition to make it harder for immigrants to start new lives in the United States, as she did herself.