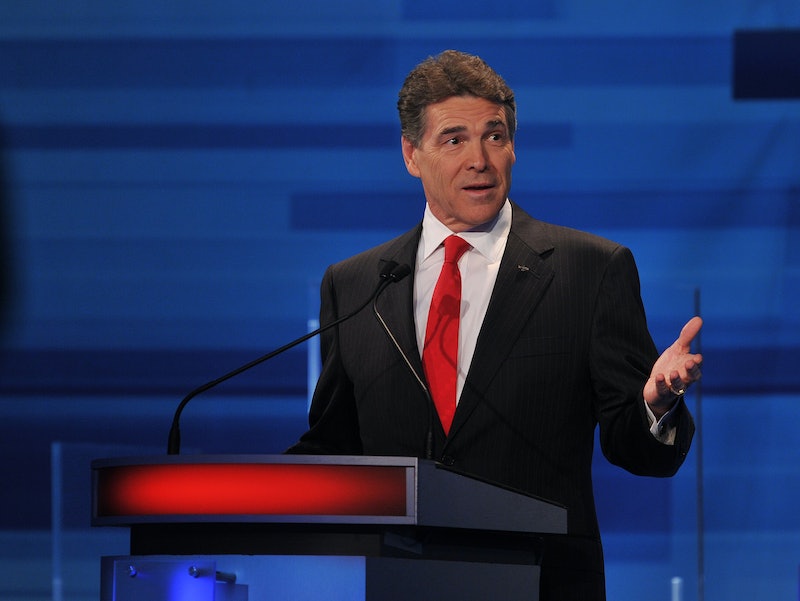 As the Republican clown car pulls up to the next primary debate, the candidates will face an especially daunting task ahead of them. Unlike the last two forums, the next debate is focused exclusively on the economy. That's an incredibly thorny, complex issue; simply understanding the basics requires enormous time and effort, and even highly well-informed economists disagree wildly on certain fundamental assumptions. With that in mind, this year's candidates would do well to look to the past: What can the 2012 economic debates can teach us about this one?

Several things, but most of them come down to one simple lesson for candidates: Know your own policies. That may sound obvious, and it should be. But judging by how often candidates bungle questions about their economic plans, it apparently needs to be repeated. For evidence of this, look no further than four years ago.

During the last election cycle, several of the Republican debates were focused on the economy. The second one, held on Nov. 10, 2011, produced one of the most memorable and embarrassing moments in debate history, and perhaps in all of live television. It single-handedly destroyed a candidate's chances of winning the party's presidential nomination.

While touting his economic plan, Rick Perry boomed, "it's three agencies of government, when I get there, that are gone." Counting off on his fingers, Perry named them: "Commerce, Education, and the... umm, uhh, what's the third one there?" Over the course of the next minute, which is almost physically painful to watch, the moderators pressed the Texas governor to recall his own economic plan. He could not. Finally, much later in the debate — too late, in fact — he remembered that it was the Department of Energy.

That was more or less the end for Perry — and not just in terms of the 2012 election. Perry, who had entered the race as the overwhelming frontrunner, cratered in the polls soon after the debate and eventually dropped out. But the ramifications stretched further than that. When he ran again in 2016, his campaign knew he had to excel in the debates to make up lost ground, and he prepared extensively. But this plan backfired spectacularly when, due to poor polling, he didn't even qualify for the main stage Republican debate.

All of this is a long way of saying that economic policy isn't the kind of thing you can just fudge, especially at a presidential debate. If you propose economic reforms, you have to know them through and through. Perry wasn't the only candidate to learn this the hard way during the 2012 election cycle.

One of the more amusing characters during the last presidential race was Herman Cain, former Godfather's Pizza CEO and, for a time, a leading contender for the nomination. The pizza magnate attracted a lot of attention for his "9-9-9" tax plan, which would have imposed a 9 percent income tax, a 9 percent corporate tax, and a 9 percent sales tax. It was a very clever idea: Easy to understand, easy to implement, and lending itself well to slogans like, "If 10 percent is good enough for God, then 9 percent should be just fine for the federal government."

But apparently, Cain didn't consider the actual consequences of implementing that plan. This left him wide open for attack during the Oct. 12, 2011 debate, which also focused on the economy.

Michele Bachmann, meanwhile, pointed out that opening a new pipeline for tax revenue would make it easier for future presidents to raise taxes. Six days later, at another debate, Santorum delivered the final blow to 9-9-9, citing a study that found Cain's plan would result in a net tax increase for 84 percent of Americans. Cain didn't have good answers for any of these attacks. And, needless to say, he didn't win the nomination.

Candidates spend a lot of time attacking each other's economic plans, and that's all well and good. But the upshot of this, of course, is that they have to be prepared to counter criticisms of their own proposals. Mystifyingly, they often aren't — and that's put the kibosh on more than one candidate's quest for the White House.