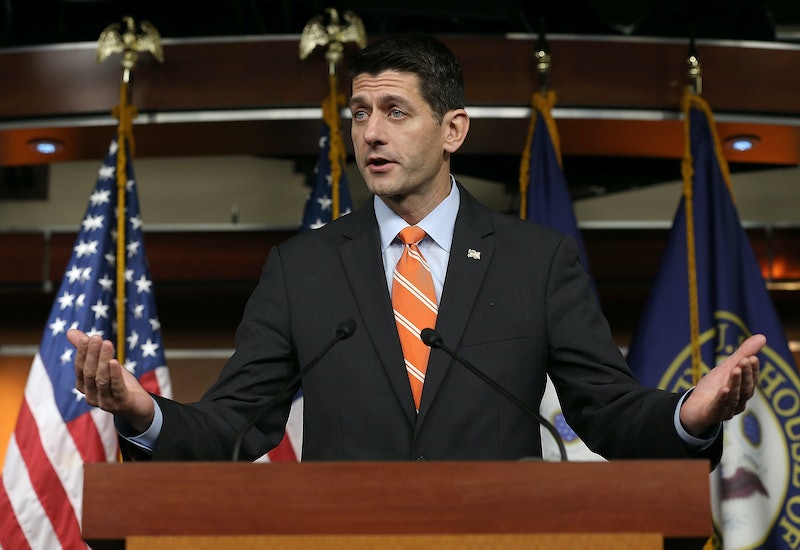 In a move most people were expecting, Paul Ryan was nominated for House Speaker by Republicans who are probably really, really hoping that this might fix the state of the party. He was voted to receive the nomination on a secret ballot of the 247 House Republicans. Last week, Ryan laid out a list of conditions to be met before he would even declare his candidacy for the position, the most difficult of which was unity of the party. Once the House Freedom Caucus, a further-right-than-most group of conservatives, declared their support for Ryan, he announced that he would run for speaker.

So it looks like his call for unity (and requirements of a rule change and family time) worked out. Now all the 2012 presidential running mate needs to gain control of the House is the formal vote, which will happen on Thursday — a month or so after John Boehner announced his resignation from the role. This set off a dramatic turn of events seemingly fit for a fictional television show more so than real life. With Boehner's resignation, the Republican party has been drowning in a sea of candidates and not-candidates and back and forth, until members of Congress began pleading with Ryan to step in and save them from a sinking ship.

Step in he did (once he knew he'd receive the nomination and still get to continue his life mostly as normal). Whether the party will stay as unified as it seems right now, though, remains to be seen. As the Associated Press pointed out, Ryan has compromised with Democrats on certain issues before. And while most of us might think compromise is a good thing — especially for someone who will be leading the House — that record and possible future agreements could make Ryan's relationship with some House Republicans a little bit tense.