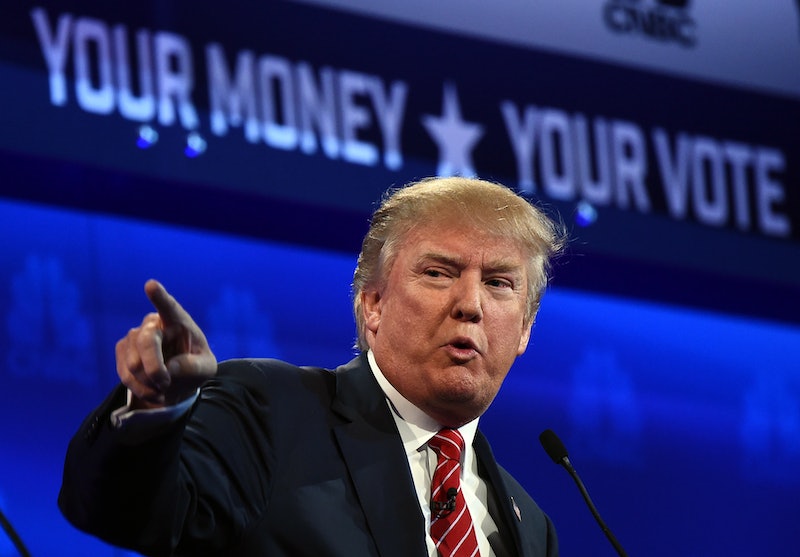 There are a few things you can always rely on Donald Trump to bring up during a debate — namely Mexico, his desire for a wall, and the "big beautiful door" Trump plans on putting in the aforementioned wall. This line isn't anything new — since he pulled it out during the second debate, it's become one of his most mocked lines. I would say it's almost up there with "huge" and "loser." But he keeps coming back to it — and the debate viewers have noticed.

From Trump's perspective, his inclusion of a door is a way of avoiding being called a racist or accused of hating Mexicans. According to Trump, his beautiful door will only be used for legal immigrants. He's never extrapolated on this plan, but it's some shockingly concrete policy from Trump, so I guess we should just take it.

If you're involved in a drinking game, you should definitely add Trump's door to your list. But if you're staying sober for the debate, check out these hysterical door memes instead, because Twitter has some great suggestions on what this big beautiful door of Trump's should look like. And a few suggestions for who should man it as well.