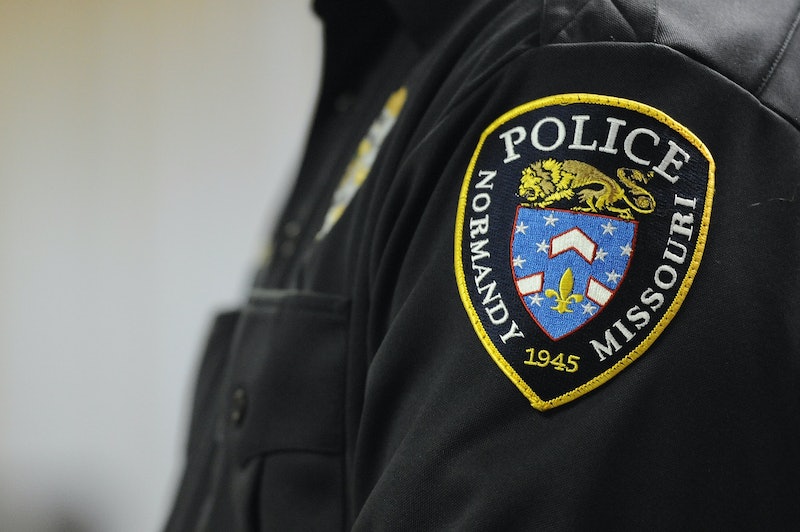 On Wednesday, social media was lit aflame by news of what could be yet another highly disputed officer-involved shooting, this time in the city of Normandy, Missouri. The story was painful and evocative, thanks to its proximity to one of the most famous fatal police shootings in recent history — Normandy is just two miles south of Ferguson, where unarmed black teenager Michael Brown was slain by white office Darren Wilson in August 2014. But now, local authorities are reporting a very different story, claiming they were fired upon by an 18-year-old who then injured himself by gunshot. This account is disputed by some eyewitness accounts, however, and suffice to say, countless anti-police violence activists aren't taking law enforcement's word for it.

So, what do we know about the slain teen? As of right now, the story is still shrouded under a lot of uncertainty, but at least one outlet has reported on his identity. According to the Huffington Post, which said they conducted a public records search in addition to reporting, his name is Amonderez Green, though officials have yet to confirm the man's identity to the public. As of Wednesday evening, his condition was listed as critical, according to police.

Police claimed they were called in to find a "suicidal subject" and that after attempting to talk to the injured man, he pulled a gun and fired at officers. According to police statements, officers first used a Taser, which reportedly had no effect, before opening fire, though law enforcement alleged that none of the shots struck the man. Officials claimed that after a foot chase, a shot was heard and officers discovered the man on the ground and injured with a self-inflicted gunshot wound to his face. The officer who did open fire is a 12-year veteran, police said, and has been put on administrative leave pending an investigation. The other officer in pursuit has been with the department for 19 years.

But witnesses told the Huffington Post that authorities' version of events were false. One witness, who asked not to be identified, told the Huffington Post she saw a man wearing a red, orange, and yellow jacket turn to face two officers when one of them opened fire and struck him in his face. Another witness, Deron Smith, told The St. Louis Dispatch that after he heard six to eight gunshots, he saw a man running who did not appear to have a gun since he was using both hands to climb a fence. An intensely disturbing video apparently taken in proximity to the incident also surfaced on Twitter, in which a man can be heard yelling in the distance, "Don't shoot me," and, "Don't kill me, oh God."

Ferguson is still fresh in people's minds, and the incident at Normandy will likely spur strong feelings on both sides of the police brutality issue. Unlike Ferguson Police Department, Normandy's force is not required to wear body cameras, so it may be some time before the truth is revealed.