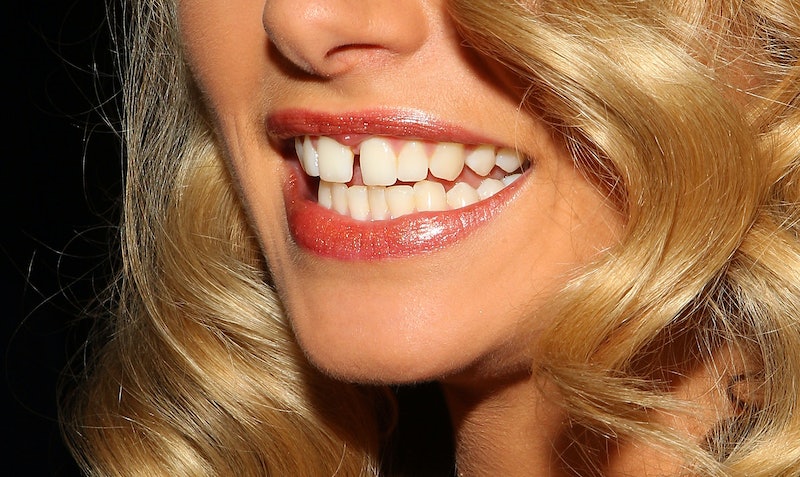 Two-thirds of the world's population has herpes, according to the first-ever estimate by the World Health Organization, but it's not as bad as it sounds. The 3.7 billion people infected with herpes have simplex virus type 1 (HSV-1), which usually causes cold sores on and around the mouth. Also, geography may signal you're less likely to be infected. While the study published Wednesday in the PLOS ONE journal found that 67 percent of the world's population has the virus, in the Americas only 49 percent of women and 39 percent of men are infected.

This may or may not be a good thing, though. The worry, especially if you've never had a cold sore and don't have HSV-1 already, is that you might later get the virus in the form of genital herpes. While a comparatively small compared to the total number of cases, 140 million people who are infected with the HSV-1 strain have it present as genital herpes.

The highest number of cases are in the Americas, Europe and the Western Pacific. The theory is that in Western, developed countries fewer people are being infected with HSV-1 as children thanks to better hygiene and sanitation. Then they are at risk of contracting it genitally through oral sex with an infected partner when they become sexually active later on.

In January, the WHO looked at type 2 (HSV-2) which causes genital herpes, and about 412 million people around the world, from ages 15 to 49 have it. The Americas have the second-highest prevalence, at 14 percent of the population. That means more than half a billion people have genital herpes when counting both types of the virus.

“Access to education and information on both types of herpes and sexually transmitted infections is critical to protect young people’s health before they become sexually active,” said Dr. Marleen Temmerman, Director of WHO’s Department of Reproductive Health and Research, in a press release.

The Americas' comparatively low number of HSV-1 infections may seem like good news, but in the end it may spell trouble for sexually active young adults. See your doctor and talk to your partners about risks.