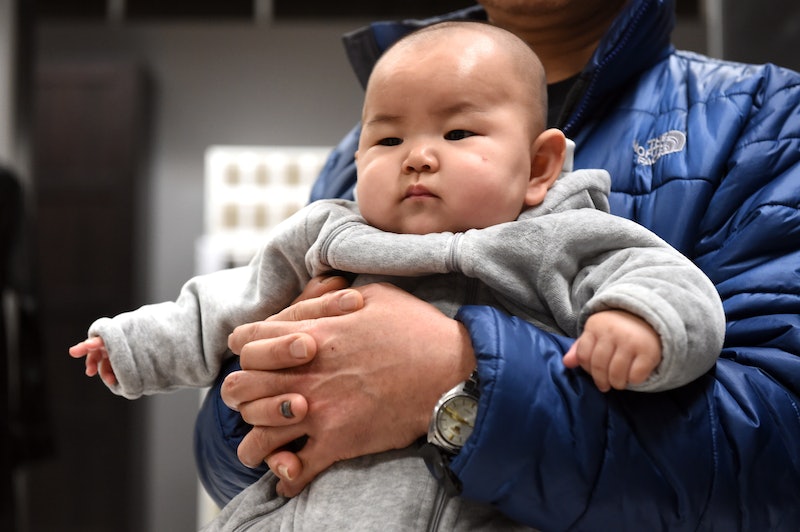 The restrictive family policy that has loomed over Chinese citizens for over 30 years has finally been changed — now parents can have two children — but how did China start the one-child policy to begin with? The news of the altered policy has been met with approval across the globe, but also has many asking why it was instituted in the first place, and if it was even successful.

In the late 1970s, China was facing what leaders at the time considered a crisis. The economy was struggling, the population was growing quickly, and the birth rate was expected to keep rising. In 1979, the one-child policy was enacted, which restricted the amount of children that couples could have. At the time the policy was enacted, China had a population of 972 million, and leaders weren't sure the economy could keep up. For comparison, India (the current second most populous country) had 683 million, and the United States (the third most populous) had 225.1 million residents.

Those who complied with the policy would sometimes receive incentives, such as better jobs, better housing, and access to better schools. But those who didn't comply would be punished, sometimes severely. The punishment for violating the birth policy could range from heavy fines to forced abortion. In some circumstances, citizens were even forcibly sterilized.

There were some exceptions to the policy, however. Those most heavily impacted were Han Chinese, who make up 91 percent of the population. Ethnic minorities were not restricted to one child, and in some rural areas, couples were granted permission for a second child if their first born was a female or had genetic defects.

But while the Chinese government boasts that the policy prevented an estimated 400 million births, the policy went even further in impacting the population and culture, in a way that officials likely did not expect.

Concerns over a rapidly aging population are predominantly what caused the Chinese government to begin loosening up on the policy in recent years. In 2013, they changed the policy to allow couples to have second children, but only if at least one of the parents was a single child.

But the cultural damage was done. One child has become the societal norm. In 2015, after loosening the policy, the Chinese government reported that of the 11 million eligible couples, only 1.45 million had applied, which severely damaged the government's earlier insistence that the policy change could result in 2 million births.

And while completely eliminating the policy is a good start, it will still take decades for the nation's population to level out again. And it's important to note that population restriction is still in place: gaining the ability to have two children is not the same has having as many children as you want. There's still a frightening level of government control in terms of reproductive health and choices. As long as citizens have to apply to have children, a country can never have true reproductive freedom.