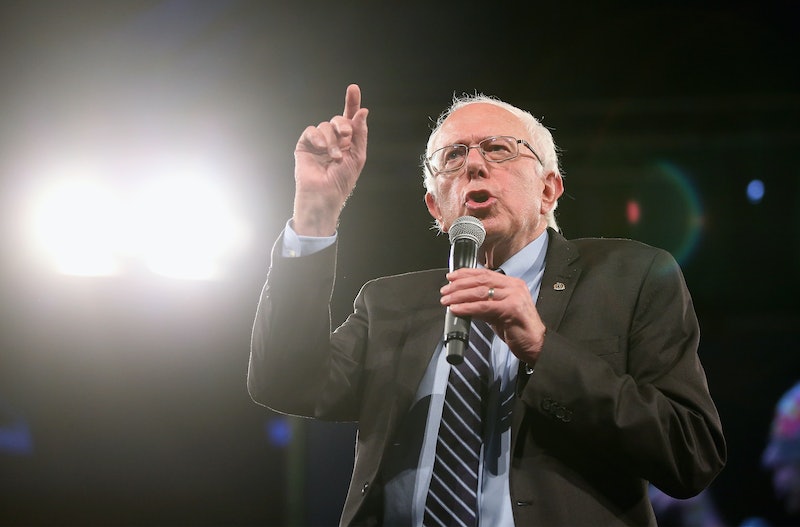 While the Affordable Care Act has been a popular punching bag for Republican for half a decade, it’s caused relatively little drama within the Democratic Party. After all, expanding health coverage has been a central goal of Democrats for decades, and while some may think the law doesn’t go far enough, very few in the party outright oppose it. But one of the candidates for the Democratic presidential nomination for president isn’t actually a Democrat, and so his position on the issue can’t be taken for granted. It’s worth asking, then: Does Bernie Sanders support Obamacare?

The short answer is yes, but it’s a bit more complicated than that. As a socialist, Sanders supports a version of health care reform that’s considerably more liberal than the Affordable Care Act: single-payer health care, also known as “Medicare for all.” Single-payer is a system wherein the government pays for everybody’s heath care coverage, and private insurance either disappears completely or becomes merely an additional option. It’s the health care system currently used in Great Britain, Canada, and elsewhere.

When Congress was debating the health care reform bill in 2009, Sanders proposed an amendment that would have created a single-payer system. It was never voted on, though; Sanders withdrew the 767-page amendment after another senator, conservative Republican Tom Coburn, used a procedural move to force Sanders to read the entire thing out loud before it came up for a vote. But this was all theater. In actuality, Sanders' amendment was much too liberal to gain the support of even his Democratic colleagues.

In other words, “SandersCare” would look a whole lot different than Obamacare, and before Obamacare was finalized, Sanders threatened to oppose any health reform bill that didn’t include either a single-payer system or public option, the distant cousin of single-payer. The resulting bill lacked either, but when it became clear that it would only pass if every single Democrat in the Senate voted for it, Sanders relented and supported the bill — but only after convincing Majority Leader Harry Reid to add $10 billion in funding for community health centers in Vermont.

The Affordable Care Act doesn’t establish a single-payer system. What it does do, among other things, is give away significant subsidies to low-income Americans that they can then spend on health insurance on the private market. The bill also expands the number of people eligible for Medicaid, which is essentially a single-payer system but only for the poorest Americans.

That’s short of what Sanders would like, but it’s moving in his preferred direction. Ultimately, Sanders wants the government to pay for everyone’s health care, while the Affordable Care Act pays for some people’s health care. To Sanders, the law doesn’t go nearly far enough, but it’s also better than the status quo that existed beforehand.

Just about every elected Democrat supports Obamacare, but most of them are basically happy with it as is. What sets Sanders apart from the pack is that he sees the Affordable Care Act not as a finished product, but as the first step on the road to a much more drastic overhaul of America’s health care system.