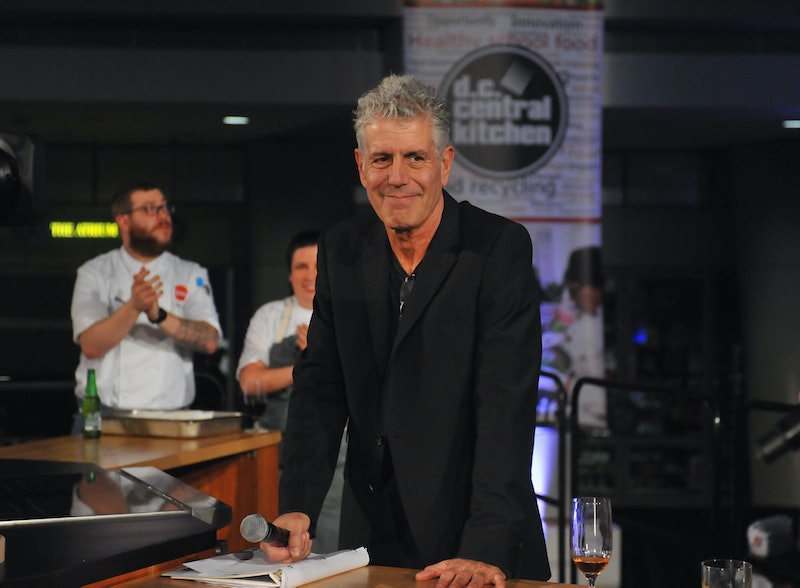 We now have a good idea who Anthony Bourdain is not voting for this presidential election. While appearing on SiriusXM's StandUP With Pete Dominick, Bourdain blasted Donald Trump's immigration plan and said if the Republican goes on to win the presidency and lives up to his countless statements promising to deport illegal immigrants, "every restaurant in America would shut down." Considering Bourdain's love for dining out at just about every location on the planet, we can only assume he loathes the idea of an annihilated restaurant industry and any candidate who might make it happen. But was there any truth to Bourdain's words?

In his interview, Bourdain shared his personal experience working in different restaurants over several decades. "Always, the person who had been there the longest, who took the time to show me how it was done, was always Mexican or Central American," he said. Bourdain went on to say that these workers are the "backbone" of the restaurant industry. But the chef and TV host wasn't clear about whether those workers were actually undocumented. It would appear he believes the number of undocumented workers in food services to be a hefty percentage, though.

From the looks of Trump's immigration plan, he also finds the percentage of undocumented workers in the food services industry — make that all industries — to be high. Too high for Trump's liking. The GOP candidate wrote in his immigration plan, which he released in August, that he would send all undocumented immigrants out of the country, regardless of what kind of jobs they had. This past summer, Trump also told an audience at a rally in Phoenix that "they're taking our jobs" and "taking our money."

In food services, undocumented workers do make up a sizable portion of the workforce, but the number is likely not enough to shut down every restaurant in the country if they were to be deported, as Bourdain stated. According to the Pew Hispanic Center, undocumented immigrants made up approximately 11 percent of workers in the food preparation and serving industry in 2012. And with a total of approximately 4.5 million workers that same year, as the Bureau of Labor Statistics reports, about half a million people would be gone from the industry under Trump's plan.

There have been consequences in the past for restaurants where undocumented immigrants were employees. Following an audit by the Immigration and Customs Enforcement Agency, Chipotle was forced to fire hundreds of employees from a number of Minnesota locations in 2011. But the Obama administration's focus on employers meant workers weren't necessarily targeted for individual authorization status.

It would be another food-related industry that would take the real hit, though, were Trump's plans to come to fruition. One in every four farming jobs is held by an undocumented worker, in which case the deportation of the estimated 11 million unauthorized immigrants in the country could dramatically delay food from ever making it to America's restaurant kitchens.