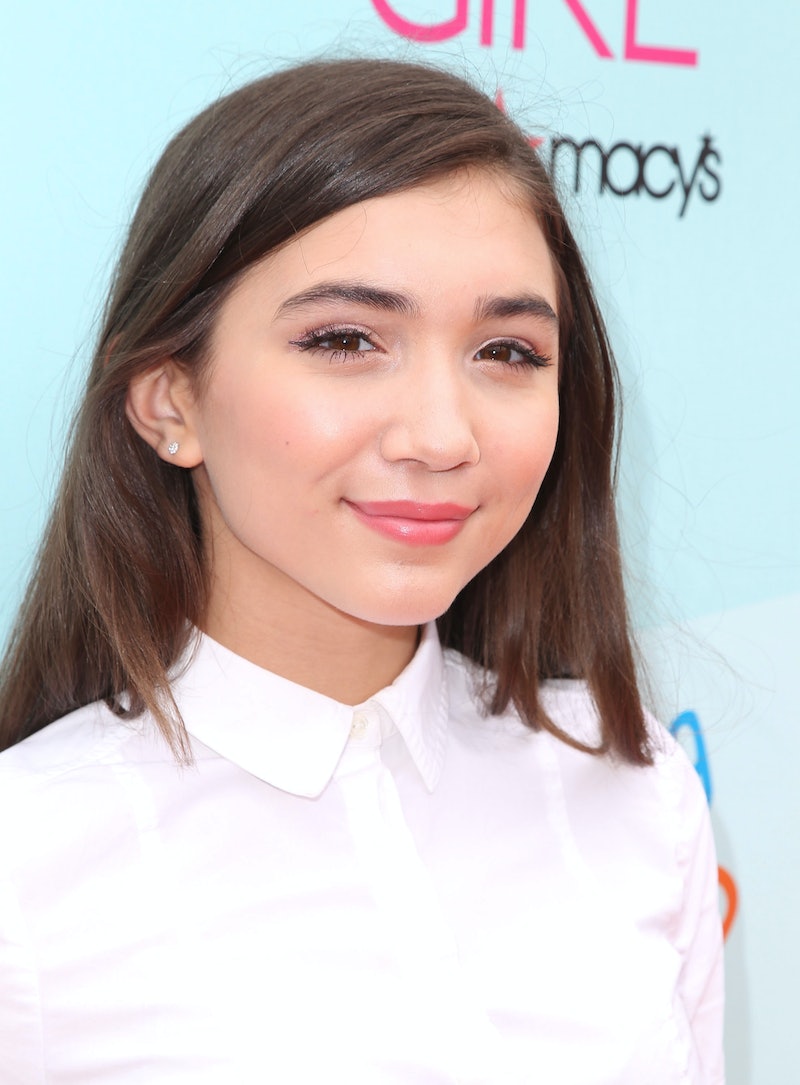 Feminists often get a bad reputation when it comes to feminists' mood. The stereotype of a feminist is that we are always angry (which I contend we have every right to be, because sexism is real and it's bullshit), but the truth is feminists do in fact still like to smile (when a random dude isn't telling us to, anyways) and laugh and feel good about things. The work of feminism is never easy, but thankfully we have enough support and wins along the way to bring smiles to our faces, and remind us that things are moving forward. Case in point: this week we saw two celebrity teenagers in the spotlight dropping feminist wisdom; teenagers proudly owning the feminist mantle alone is enough to make me feel warm inside. Not only that, but guys, it seems we have a new ally in Daniel Craig, and that's worth a smile and a swoon as far as I'm concerned. All this and more are included in some of the best feminist quotes from this week that will make us smile.

So, without further ado, here are some of the best feminist quotes of the week from feminists around the country that will hopefully bring some joy to your feminist heart as we head into the weekend. As always, it's so encouraging to see feminists in the spotlight, especially when they highlight issues of race, age, and feminist media like we say this week. Read 'em and grin, everyone!

Amandla Stenberg Nailed It (As Always)

It feels like not a day goes by that feminist genius and actress Amandla Stenberg doesn't say something incredible. In a conversation with photographer and activist for people of color Emmanuel Olunkwa, Stenberg made a great point about the way Hollywood works against black women. Olunkwa expressed his exasperation over being labeled and stereotyped in his field and Stenberg responded,

I get anxious about that too when it comes to acting and directing. It is so difficult to find roles with substance for women of colour, and to assert yourself in a field dominated by white men.

Stenberg has a real strength for hitting the nail on the head when it comes to issues of race and womanhood. Stenberg and Olunkwa went on to have a thorough conversation about the struggles that are unique to people of color in the arts, including the issue of supposed "color-blindness" among white people, and advice for Stenberg as she continues to grow in her career.

Rowan Blanchard Really Gets It

The 14-year-old star of Girl Meets World had an interview with The Huffington Post this week, and shared some wisdom everyone should pay attention to. When asked about misconceptions within the feminist movement, Blanchard cited the way the feminist movement tends to avoid taking racial issues into account. Blanchard told HuffPo, "The way that I experience sexist comments is different than the way a black woman experiences sexist comments." Don't even think about dismissing this young woman because she's a teenager; this is an important message for white women to hear and take to heart.

Speaking further about the additional problems black women face in our society, Blanchard said, "Race is such a difficult conversation to have in America because everybody is so afraid of talking about it. We don’t have to say we are colorblind. People have different experiences. To say you don’t see color erases the experiences of so many."

Actress Melissa Benoist, who plays Supergirl in the new CBS show by the same name, appeared on Stephen Colbert's The Late Show this week, where Colbert asked Benoit if she liked that Supergirl has a feminist message. Benoit responded, "Of course I do. I think it's great and I think what's feminist about it is that it's for everyone. She has all the same powers [Superman] has."

Based on this photo of Benoist with some other Supergirls, I think the show is off to a good start inspiring young girls.

Katie Nolan Speaks Out For Women In Sports Journalism

In an interview with Mic, Garbage Time host Katie Nolan talked about her show, which is a feminist and comedic response to sports journalism, and the need for women's voices in sports commentary. Nolan feels that boycotting problematic leagues (the NFL in particular) will not solve the problem. Rather, Nolan thinks women should speak up about the problems in sports coverage.

I think women being here and voicing their frustrations and telling the NFL and whoever else what they need to do to change and why this doesn't work and why this isn't okay is important. I think it's what's going to lead to things changing to the point where hopefully this [under-representation of women's voices] isn't happening as often.

James Bond Stands Up For His Co-Star

Personally, I really didn't need another reason to be even more attracted to Daniel Craig, but he gave me one anyway. During an interview with Red Bulletin to promote the next Bond movie, Spectre, Craig shut down the interviewer when he referred to his co-star Monica Belluci as "an older woman," and insinuated it was strange for Bond to be attracted to such a character. Craig answered back,

I think you mean the charms of a woman his own age. We’re talking about Monica Bellucci, for heaven’s sake. When someone like that wants to be a Bond girl, you just count yourself lucky.

Craig also called Bond a "total misogynist" in the same interview, and said that we don't have any lessons to learn from the Bond character in terms of how to lead our own lives.