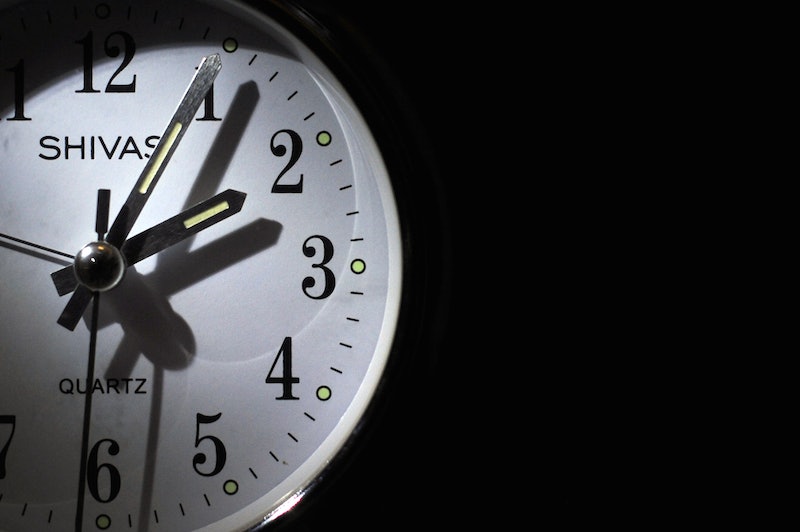 Daylight Saving Time will end in the U.S. at 2:00 a.m. this Sunday, so we'll all set our timekeepers back an hour (or, let's face it, your iPhone will do it for you). This autumn ritual is a pain in the butt (I don't like change!), but is perhaps preferable to its spring counterpart when we set the clocks an hour ahead, and lose a precious hour of sleep. Frankly I've always had a hard time keeping straight when we lose an hour and when we gain an hour with Daylight Saving Time (even the old "in spring we spring ahead, in fall we fall back" has never really cemented the concept completely in my brain), and I've been even more confused about why, in the modern day, we are still using daylight saving time. It's baffling! There are several defenses of Daylight Saving that have pervaded our culture, but many of them are false. All of the myths about daylight saving time only makes it even more confusing!

To get it straight in my own mind, and hopefully yours as well, I've outlined some of the most common facts we know about daylight saving time that are actually total myths. Why have we been lied to all these years?! That aspect still remains a bit of a mystery, but we can at least set the record straight on these five untruths.

Nope. Not true at all. Though energy conservation was the pretense under which President George W. Bush passed the Energy Policy Act in 2005, studies have shown that at best, daylight saving time lessened energy usage by only about 0.03 percent. The difference it makes for energy consumption is totally negligible.

Wrong again! Farmers apparently hate daylight saving time (I'm with you there, farmers), and see it as a detriment to their work. Michael Downing, author of a book about daylight saving called, Spring Forward: The Annual Madness Of Daylight Saving Time, told National Geographic in 2007 that "The farmers were the reason we never had a peacetime daylight saving time until 1966. They had a powerful lobby and were against it vociferously."

The lost hour of daylight in the morning puts them in a big hurry to get their crops out to markets and other sellers, and some farmers have also said that the change in schedule doesn't work well for dairy cows' milking schedules.

The Extra Daylight Is Good For Our Health

If only. It's been claimed that daylight saving time is good for our health because it provides additional time for us to be out in the sun, soaking up Vitamin D. In fact this is the exact point that Senator Ed Markey (D-MA) made in a statement about daylight saving and its benefits in 2014.

But experts say not so fast. There are some instances where daylight saving time changes have been correlated with disastrous incidents, like an increase in male suicides in Australia the weeks that follow daylight saving time changes in Australia. The authors of this study concluded that "small changes in chronobiological rhythms are potentially destabilizing in vulnerable individuals."

Daylight Saving Time Is Not The Standard Time

This one isn't even the least bit true. We're on daylight saving time for eight months out of the year, leaving only four months on "standard time." How on earth can it be the standard when it's only active for a third of the year?

So basically whichever 2016 presidential candidate promises to back legislation that tosses DST could get a boatload of additional votes from people who are sick of changing their clocks twice per year.