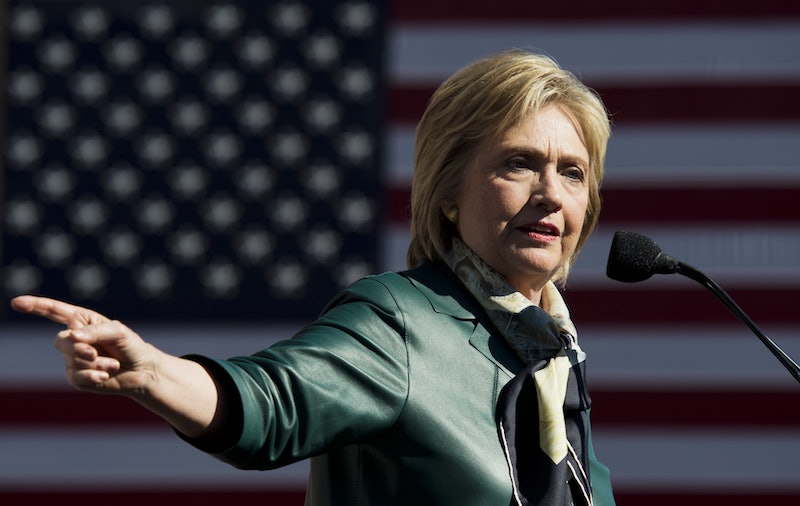 On Friday afternoon, the State Department released yet another trove of emails from Hillary Clinton's time as Secretary of State — some 7,000 in all. The emails' release was hotly anticipated, both by Clinton's conservative critics who are aching for something controversial to pounce on, and by those who just want to get a little sense of what the conversational vibe is when you're emailing with a possible future president. And on the latter point at least, there's been no disappointment: here are six unexpectedly hilarious lines from the new Hillary Clinton emails.

The last time the State Department released thousands of Clinton's emails, we got some interesting insights into her behind-the-scenes demeanor, and the way people went about talking to her. There are familiar names in the emails, too — longtime Clinton friend and aide Huma Abedin, the controversial Lanny Davis, and of course Sidney Blumenthal, oft-invoked by the Republicans during Clinton's gauntlet Benghazi testimony last week.

And, of course, there are some downright funny, personality-illuminating ones mixed in for good measure. Here are six examples from the latest batch — according to The Hill, Friday's release means just over half of Clinton's work-related emails are now public.

1. Where Are My Smiley Emojis?

What, just because you're America's top diplomat, you don't have time to get your emoji game in order? Few things are as crucial to diplomacy, after all, as a well-placed smiley. Sadly, Clinton suffered a little snafu in this regard back in April 2012, and had to seek the advice of her senior adviser, Philippe Reines.

2. Did You Send Us Spam In Spanish?

The no-text, subject-line-only email is one of the bluntest, most sounding styles of communication, especially when you're being accused of sending spam around to the secretary of state and one of her closest aides. However, it seems Abedin's concerns were misplaced — Reines clarified that what he'd sent was some sort of photo that'd been going around, which included some Spanish text.

Setting aside the particular fixation that the House Select Benghazi Committee's Republican questioners had with Sidney Blumenthal, the longtime Clinton friend and associate, there is one thing that's hard to deny: the guy's a pretty aggressive know-it-all, and he comes off as a little hysterical sometimes. Judging by this email, it seems like Clinton wasn't exactly feeling his intensity.

4. If Only Pizza Worked This Way

If there was actually some way to get the tangible, all-encompassing satisfaction and enjoyment of eating pizza from someone else doing so on your behalf, well, what a world that would be.

In the last batch of Clinton emails, there was a particularly cringe-worthy example of brown-nosing on the part of another longtime Clintonite, Lanny Davis. The latest batch includes yet another email from Davis to Clinton, although this time the state of mind on her end seems a little clearer: "just print the article and not Lanny's email."

6. Even Hillary Clinton Gets LinkedIn Requests

In fairness, Clinton's got to be a hell of a get for your LinkedIn professional network. Of course, it was also kind of an impossible dream when this request went out in 2012, because she didn't even know what it was at that point, which is quite the burn on LinkedIn. Then again, that can be easily forgiven — her career plans, suffice it to say, have been pretty well locked-in for a while now.