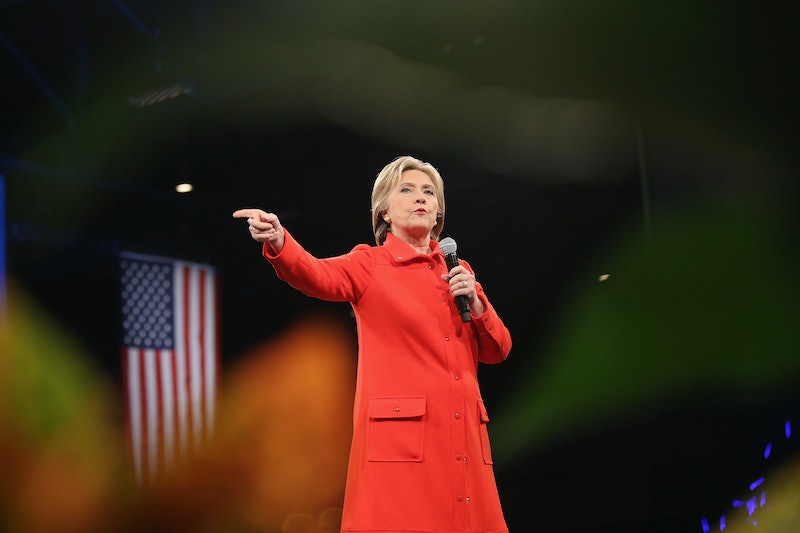 Tucked in among the 7,000-plus pages of Hillary Clinton's State Department emails is one unforgettable reference to the phenomena we now know as emoji, as The Hill reporter Julian Hattem tweeted Friday. In an email between Clinton and her former senior adviser Philippe Reines, Reines explained to Clinton that you cannot, in fact, put "smiley faces" (read: emojis) into emails, but that you can manually type out sad faces "if you want to express anger at my tardiness." He goes on to explain proudly that the emoji keyboard "might be there in the lower right, next to where you type the messages."

"On this new berry, can I get smiley faces?" Clinton asks in her original email to Reines, inexplicably titled, "Re: Apologies." (I like Clinton's shortening of BlackBerry to 'berry. Down with the kids, that one.)

"For email, no, I don't think so — you need to type them out manually," Reines responds. Clearly pleased with his competency with the art of emoji, he continues, "Like :) for happy, or :|| if you want to express anger at my tardiness. For text messaging, the chart might be there in the lower right, next to where you type the message." (He is right.) "If it's not, I THINK that if you type :) it MIGHT automatically convert it into a symbol. Try it." (He is wrong.)

Chuckle all you want, but this is back in 2012, when emoji was still a relatively unknown art form. Clinton wanting to know more about emoji while in her late sixties is pretty impressive. It probably took your mom another year or two to catch up with that whole emoji thing.

In another email, Clinton laments to Huma Abedin the loss of the emoticons that were part and parcel of her old BlackBerry.

Little did Clinton know that, by the time 2016 rolled around, she would have an entire emoji keyboard of her very own, otherwise known as Hillmoji.