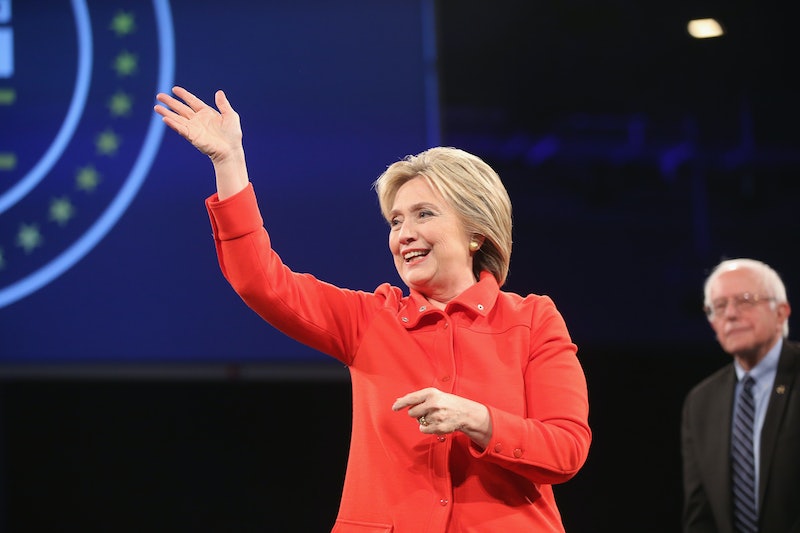 On Friday, a major document dump took place: the U.S. State Department released another 7,000 emails from former Secretary Hillary Clinton's tenure, giving political observers everywhere a whole lot of content to sift through. But some interesting oddities, funny moments, and illuminating questions have already been pointed out. For example: does Hillary Clinton look like Lisa Kudrow?

Hang on, what? Well, if you're not familiar with Kudrow, firstly, where were you all throughout the '90s? Kudrow has been a familiar face to film and TV audiences for years. While her biggest role was undeniably that of Phoebe Buffay on NBC's hit sitcom Friends, she also co-starred in '90s comedy classic Romy and Michele's High School Reunion, and has drawn praise for her performance in ABC's Scandal as Montana congresswoman and presidential candidate Josie Marcus.

She also — at least in the opinion of a well-known former colleague's child — looks a lot like Hillary Clinton. In an email to Huma Abedin in 2012, former State Department employee Anne-Marie Slaughter (who's now president and CEO of the New America Foundation) passed along her son's opinion that Clinton resembled Kudrow. The abbreviation in the subject line, "my son said S looks like Lisa Kudrow," is in reference to Clinton's title, Secretary of State.

So, what do you think? Unfortunately, we don't actually know what Clinton herself thought — her response to the forwarded email was redacted. It's certainly an appropriate comparison if you consider Kudrow's Scandal role, however — one of the most memorable moments for her character came in the form of an unapologetic, righteous monologue about sexist coverage of women in politics, a phenomenon Clinton knows all too well.