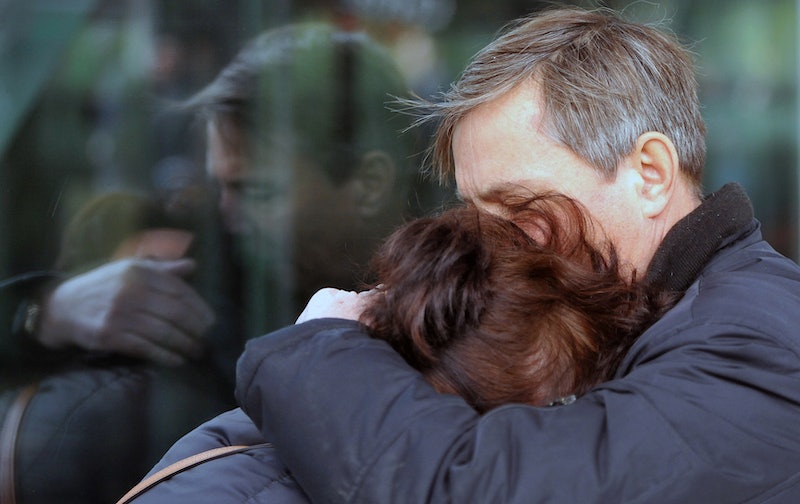 Russian and Egyptian authorities on Saturday reported that a Russian passenger plane carrying 224 had crashed in the Sinai Peninsula. There were no survivors. As of mid-afternoon local time, officials were still unsure exactly what had happened to the Russian jetliner, although early reports indicated that the plane had been found in a region where Egyptian forces were engaged in heavy combat with Islamic State militants. In a statement Saturday just before 8 a.m. ET, U.S. Secretary of State John Kerry offered condolences to the families of the victims.

"We don't know any details about it, but obviously the initial reports represent tremendous tragedy, loss," Kerry told reporters, "and we extend our condolences to the families and all those concerned."

Metrojet flight 7K9268 had left the popular tourist destination Sharm el-Sheikh, a seaside region in the south Sinai Peninsula, at 5:51 a.m. and had been in the air for 23 minutes when it lost communication with air traffic controllers. Aviation officials confirmed that the plane had been bound for St. Petersburg when it crashed. An AP report on Saturday morning indicated that authorities searching for the plane had found the wreckage in the barren mountainous region of Hassana, south of el-Arish, where the Egyptian military and insurgents had been waging war since Islamist President Mohammed Morsi was deposed two years earlier. Morsi was convicted this past May for breaking out of prison in 2011 during the height of the Egyptian insurgency, and was later sentenced to death for his crimes.

An Islamic state affiliate on Saturday claimed responsibility for the crash, however Egyptian authorities ruled out the possibility that the Airbus A321 could have been shot down by fighters, with Russian Embassy officials explaining that the plane had been trying to make an emergency landing at the time of the crash.

"The plane split into two, a small part on the tail end that burned and a larger part that crashed into a rock," an Egyptian security officer told Reuters on Saturday. "We have extracted at least 100 bodies and the rest are still inside." An anonymous Sinai security source also told the news outlet that the plane had gone down in a "vertical fashion," which may have been the reason for the scale of the devastation.

A spokesperson for Kogalymavia, the airline that operated the Metrojet flight, told Russian Interfax news agency reporters that airline officials had also ruled out human error. They added that flights for the families of the victims were being arranged.

According to the AP, Foreign Minister Sameh Shoukry lamented the tragedy in a phone call with Russian officials Saturday afternoon, insisting that Egyptian authorities would work "to uncover the circumstances surrounding the incident, in full cooperation and coordination with the Russian side."

In a press release on Saturday morning, Airbus stated that the plane itself had logged 56,000 flight hours over 21,000 flights since its production in 1997. There were no other factual details readily available, but a spokesperson explained the company would be providing "full technical assistance" to investigators.