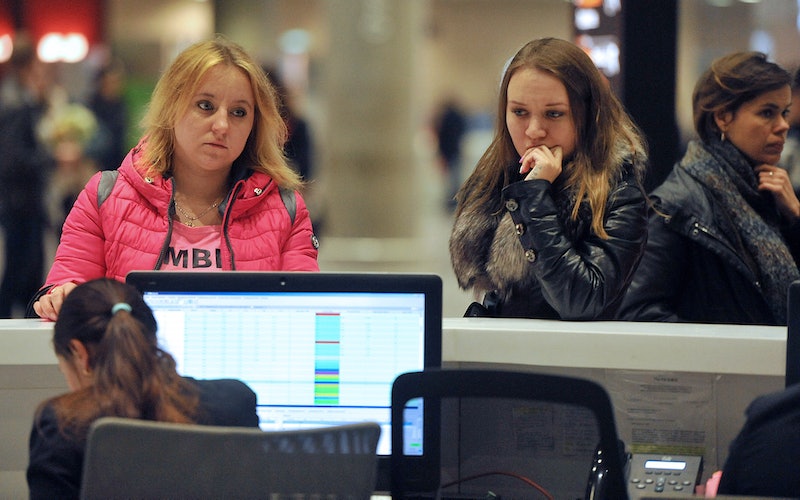 Members of the militant group ISIS claimed responsibility for the Russian jetliner that crashed Saturday morning shortly after takeoff from an Egyptian airport, killing all 224 passengers and crew on board. A Twitter account allegedly affiliated with ISIS Egyptian's arm, Welayat Sinai, posted a statement Saturday taking responsibility for downing Flight KGL-9268, Reuters reported. However, the claim has yet to be confirmed by Egyptian or Russian officials.

ISIS supporters circulated this statement on Twitter Saturday, via Reuters:

The fighters of the Islamic State were able to down a Russian plane over Sinai province that was carrying over 220 Russian crusaders. They were all killed, thanks be to God.

Meanwhile, Egyptian and Russian officials have rejected the claims that ISIS was somehow responsible for the crash. According to The Guardian, Russian Transport Minister Maksim Sokolov told the media that any militant involvement, including the use of ground-to-air missiles, "can’t be considered accurate." A spokesperson for Egypt's army also told The Guardian that "there is no proof at this point that terrorists were responsible for this plane crash."

Flight KGL-9268 departed from Sharm el-Sheikh, a resort city on Egypt's Sinai Peninsula, at around 6:00 a.m. Saturday morning. The plane was en route to St. Petersburg, Russia, carrying 224 passengers and crew members; almost all of the passengers were Russian nationals.

According to the Kremlin, Russian President Vladimir Putin has ordered the prime minister to establish a commission to investigate the deadly Metrojet crash. Putin also declared Nov. 1 a day of mourning in Russia.

The Russian jetliner reportedly went missing just 23 minutes after takeoff. Aviation company Airbus confirmed in a statement that the plane was an Airbus A321-200 manufactured in 1997, and had executed nearly 21,000 flights. "The concerns and sympathy of the Airbus employees go to all those affected by this tragic accident of Flight 7K-9268," the company said in a statement.

Flight KGL-9268 was operated by Metrojet, a Russian airline based in the city of Kogalym. The flight was also being chartered by a Russian tour company, according to The New York Times.

Before ISIS members released their statement, Egyptian officials said Flight KGL-9268 likely endured a technical failure. Flight data captured by live flight-tracking website Flight Radar 24 shows sudden changes in the plane's "vertical speed" during the last 20 seconds of the doomed flight. According to Flight Radar 24, the Russian jetliner reached an altitude of more than 33,000 feet before it crashed.