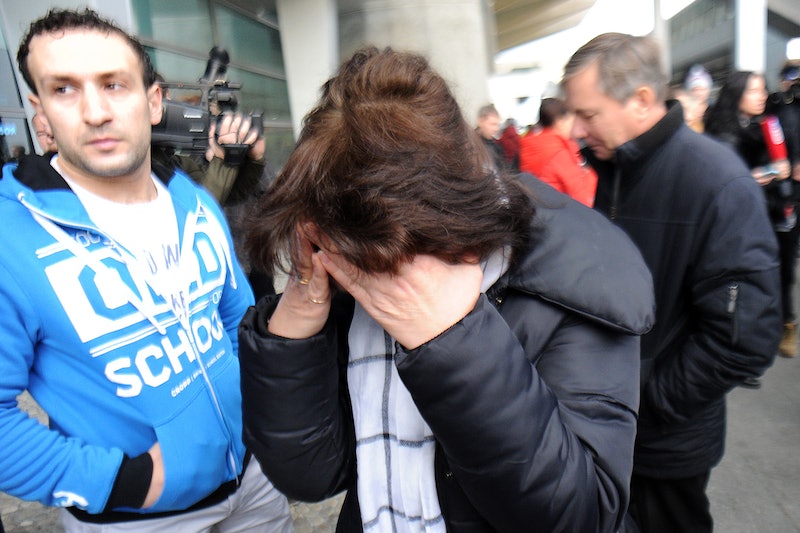 Authorities are still working to recover the bodies of the 224 people killed when a Russian jet crashed over Egypt's Sinai Peninsula on Saturday, but details about who was on board are emerging. There were 217 passengers and seven crew members killed, and though most of the KGL-9268 victims were Russian, there were people of other nationalities on board.

The plane, which was bound for St. Petersburg, disappeared over Sinai shortly after taking off from an airport at Egypt’s Red Sea resort in Sharm el-Sheikh. According to multiple reports, three Ukrainian nationals were on board the plane, and the rest of the 214 passengers were Russian. There were 138 women and 62 men killed in the crash, along with 17 children. Russian President Vladimir Putin expressed his "deepest condolences" for the loss of 214 of his countrymen.

So far, 150 bodies have been recovered within a three-mile radius of the crash site, according to The Guardian. They are being airlifted to a morgue in Cairo. An Egyptian official told Reuters that the plane split in two when it landed.

Although a group affiliated with ISIS initially claimed responsibility for the attack, there is no indication that the plane was shot down by anyone. Sinai is known for extreme militancy, which gave credence to the initial reports that ISIS was responsible, but experts were immediately skeptical that ISIS would've been able to bring down a plane from the altitude at which it was flying.

Egyptian search teams initially reported hearing voices from the wreckage, giving hope that there were survivors. Officials have since reported that no one survived the crash. Photos from Russian media have shown the grieving family members of the deceased, but the names of the victims have not been released publicly.

According to the International Business Times, Sinai is a popular vacation destination for Russians, with three million Russians making the trek to Egypt each year. It is believed that many of the victims might have been heading back home after a holiday trip. It appears that the two countries are working together to understand what caused this tragic crash. Egypt's President Abdel-Fattah el-Sisi issued this statement:

The Presidency of the Arab Republic of Egypt offers its sincere condolences to the leadership, government and people of Russia as well as the families of the victims of the Russian plane crash that took place near Al-Hasana City in Sinai.

President Abdel Fattah El Sisi is following developments and is in contact with Prime Minister Sherif Ismail and other senior officials, who have headed to the crash site.

The President instructed the investigation committee, formed by the Ministry of Civil Aviation, to swiftly carry out its mission and identify the reasons that led to the accident.

This is in addition to coordinating efforts with the relevant Russian authorities.

The Presidency is closely following the situation with members of the crisis management team, headed by the prime minister and that includes the ministers of civil aviation, tourism, interior, social solidarity, health and population, local development, and representatives from the ministry of defense and foreign affairs.

The Presidency receives regular reports on the latest developments.