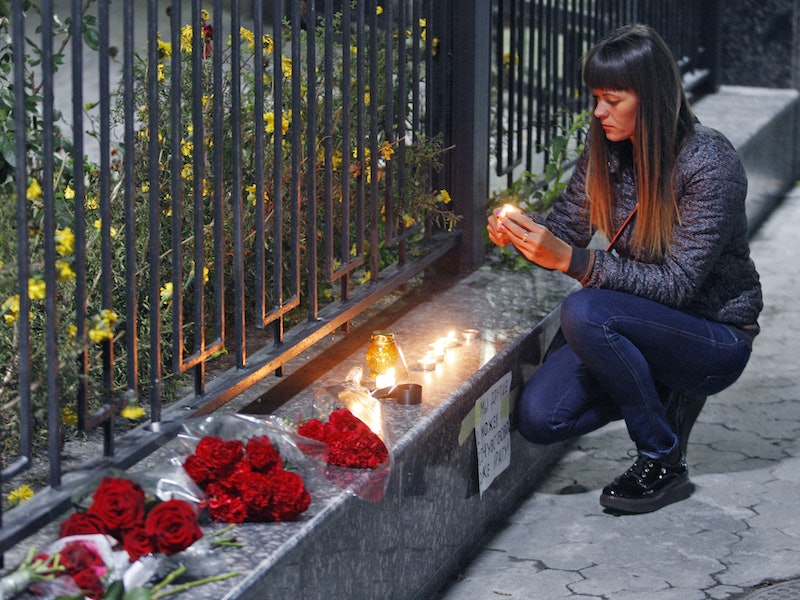 On Saturday morning, a tragic loss rocked the international community: Kogalymavia Flight 9268 crashed over Egypt's Sinai Peninsula while it was en route to St. Petersburg, killing all 224 people aboard. According to CNN, seven of the 224 were members of the plane's crew, and 17 more were children. And just as you'd expect, both Russian and Egyptian officials have reacted to KGL-9268, not least of all Russian President Vladimir Putin.

KGL-9268 had departed from a resort in Sharm el-Sheikh, a popular waterfront locale for vacationing in Egypt. According to The Guardian, the plane lost contact about 23 minutes after it took off, and ultimately crashed some 60 miles south of Arish. They also cited a Sinai security source who claimed that the plane went down as the result of a technical error, crashing in a "vertical fashion." In the aftermath of the crash, ISIS actually took credit for the accident, but officials from both countries have cast doubt on this claim.

But questions of what brought down KGL-9268 are far from answered just yet, pending a more comprehensive investigation. And on the Russian side of things, that process is reportedly already underway: according to the AP, Putin has already ordered emergency workers to the crash site. He also reportedly "expressed his deepest sympathies to the families of those who died in the crash."

As far as the political implications of the crash go, at least one Russian official has gone on the record disputing the terrorism claims. Multiple Western outlets have cited Russian Transport Minister Maxim Sokolov, who reportedly said that claims involving terrorists and anti-aircraft missiles "cannot be considered true." Such allegations have been made not just because of ISIS' claim of responsibility, but because of where KGL-9268 went down — it was flying through a region of Sinai rife with fighting between Egyptian forces and members of the so-called Islamic State.

But despite this, there are reasons to take the official denials seriously. According the BBC detailed, security experts believe the plane's reported cruising altitude of 31,000 feet would have been out-of-range for the type of shoulder-mounted launchers — "MANPADS," or "man-portable air-defense systems" — that ISIS fighters in Sinai are known to have.

Regardless, despite the general desire of the respective countries to avoid talk of terrorism, and the necessity to carry out a full investigation before arriving at any conclusion, you can understand why people are so vexed about the crash. CNN quoted Hossam Kamel, Egypt's civil aviation minister, as saying that no distress call went out from the plane before it crashed: "There was nothing abnormal before the plane crash. It suddenly disappeared from the radar."