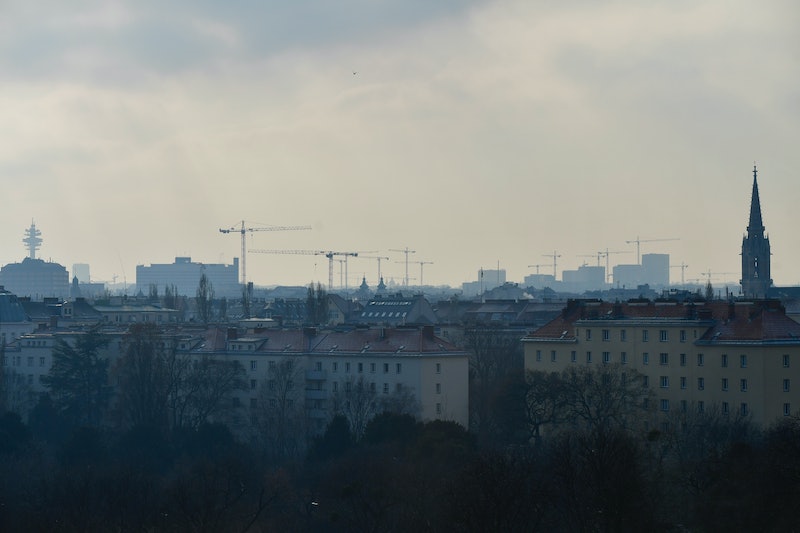 You might be familiar with Edmund de Waal, author of The Hare With The Amber Eyes, but it’s his grandmother, Elisabeth, and her novel, The Exiles Return (Picador), who has been getting recent literary buzz.

According to her grandson, Elisabeth de Waal wrote The Exiles Return in the late 1950s, and carried the manuscript with her until her death in 1991. After Edmund de Waal received the manuscript, it found its way to the publisher's office, and, more than 50 years after being written, it saw the light of day. It’s a pretty amazing story as far as how this book has gotten into Barnes and Noble.

Unfortunately for The Exiles Return, having a strong origin story just isn’t enough. Far too often will readers find themselves questioning some outdated — in some cases, offensive — stereotypes in the text.

That’s not to say that the novel isn’t without its bright spots. The three protagonists, each returning to Vienna for their own reasons, have intertwining storylines that support each other well. There’s a surprising amount of socioeconomic diversity, which makes (at least some parts) of The Exiles Return feel like a very modern book.

Once Kuno Adler, a research scientist, returns to Vienna, he’s earning a modest income as a researcher, but his lodgings are generally sparse. Marie-Theres is the American daughter of an ex-patriated princess, whose family titles means next to nothing and whose lifestyle could generously be called “comfortable,” while Theophil Kanakis, a Greek businessman, is wildly wealthy and not shy about throwing parties that Great Gatsby fangirls would swoon over. De Waal uses the three to paint a full and vivid portrait of post-war Austria. If you’re looking for a thorough exploration of Vienna, The Exiles Return won’t disappoint.

However, for all its beautiful vistas and seemingly contemporary treatment of class, The Exiles Return can’t help but feel distractingly dated, especially when it talks about gay men. Sure, de Waal takes a giant leap and writes (vaguely and very guardedly) about homosexual relationships in the 1950s, but a reader will feel herself clutching her pearls the whole way through.

An exchange between Marie-Theres and her family friend says it all:

“He is a homosexual. Do you know what that is?” “I have heard the word. I don’t know what it means.”“It means a man who does not love women, but loves other men, chiefly boys. […] He’s just using you, Resi. It’s degrading, it’s insulting."And then he told her in crude, physical terms what homosexuality, what such a relationship implied. […] Still she did not really understand, but the language he had used was so horrible that she was shocked and nauseated.

Let’s unpack, shall we? According to de Waal's text (or, to be generous, society at that time), homosexual men were pedophiles with no qualms about using young, impressionable girls as beards. Not only that, but they “shock and nauseate” said young impressionable girls. In case you wanted an extra dose of unsavory gay stereotypes, how about this one, where Marie-Theres’ groom-to-be describes his plans for her?

“I simply adored that [shepherdess] figurine. […] Now I shall acquire one that is absolutely unique: a live one. And wait until I have a hand in dressing her. What an ornament she will be in my life. […] All the couturiers of Paris, Florence, and Rome will envy me. They will never have such a mannequin. It will clothe me in the highest respectability. And to crown it all, there will even be a child!”

Clearly, the gay-man-wants-to-take-his-gal-pal-shopping trope is an irritatingly persistent one, but the more insidious implication here is that conniving gay men are hiding all around us, using innocent teenaged brides as screens. Cue gay panic!

It’s true that when de Waal was writing, this kind of histrionic attitude was more accepted. We can’t criticize the novel for reflecting the attitudes of the time it was written in. After all, The Exiles Return is not a historical survey, where we go looking for exactly who thought what — it’s a novel. But when a large part of the plot hinges on the stereotype of a scheming, conniving (and, ugh, fashionable) gay man, it makes it a hard book to enjoy.

Because The Exiles Return has just been published, De Waal’s work hasn’t yet had to stand the test of time — but had it been published during her life, I don’t think we’d be reading it now.