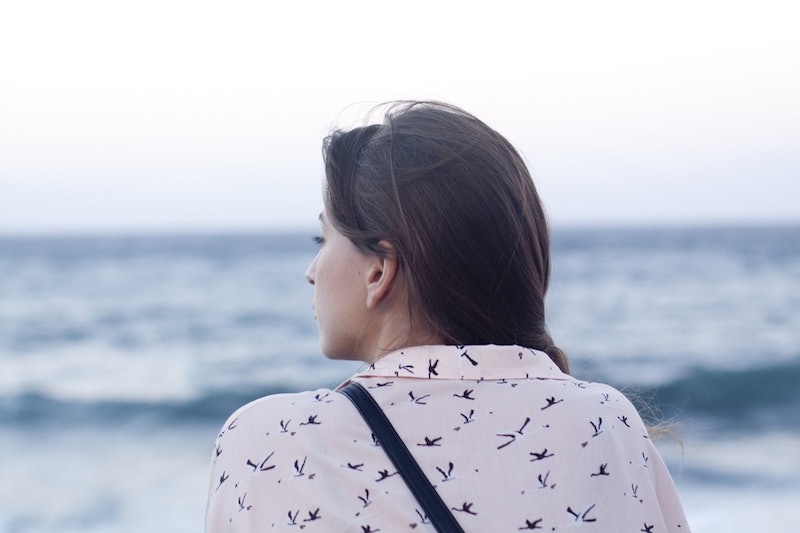 It's National Unfriend Day, that happy day when we're encouraged to unfollow, unfriend and sometimes block not only our exes, but our much too conservative grade school friends, and the relatives (that everybody has) whom never appear to be able to grasp the concept of the word appropriate. The act of unfriending can feel like a celebration of that fact you're in control and taking back your power.

Recently a Facebook friend not only left some highly negative comments about something I had written, he shared the piece and said that he couldn't believe that people actually got paid to write that sh*t. This seemed beyond not hitting like. Anyone witnessing the speed of my unfriending would have been impressed. In under two minutes, I deleted his comments, unfriended him, and blocked him so that it was if he never existed, or at least existed in my world.

My former-Facebook friend's share, and comments remain; I could ask him to remove them, but it has since come to my attention that he often gets angry for no good reason. In this instance his rage was directed at me, but he could have targeted anyone. I'm done with expending any more energy towards him and I was happy with my decision to obliterate him from my feed. I know that hateful and vicious comments are part of the deal, but from a supposed friend? Um, no thanks.

With my badass unfriending policies, you'd think that I wouldn't have an ex on my friends list, but I actually have a few of them, even the ones who never were considered friends in the first place.

Here are the reasons why I try not to unfriend an ex — even when it's probably the healthiest thing for me to do.

Although Facebook is somewhat of a highlights reel where we choose the items that make us look the coolest to share, you can glimpse the truth about people from time to time. By not unfriending my ex, I was able to see him transform from someone who was amazing and perfect in every way, to the flawed man he is underneath. Social media opened my eyes, and now I feel as if I don't actually know this person who once had my heart.

Most of the jobs or breaks I've had have come from people I know. Who's to say that my ex won't come through and help me with my career or know someone who could? He may not recognize it, but he owes me. I know it's a longshot, but you never know. It could happen, but there'd be no chance of it happening if we weren't connected by social media.

3. He Inspires Me To Do More

If he can do something, I can do it better. I go to the gym way more than I used to, take more chances creatively, and take better care of myself. He may not know we're in a competition, but I do and I'm winning.

The more we see something the more used to it we get, and the less mystery it has. If I unfriend my ex, then I'm left to my own imagination about what is happening in his life, and it in turn gets bigger and more fantastic. But if I see pictures of him where he looks sweaty and not-attractive, he starts to become less and less captivating to me. Oh, and his use of slang of the 1980s is downright embarrassing.

As much as I imagined our life together, I can see it never would have worked. He's a neat-freak and possibly has OCD. I'm more messy and down to earth. I've learned from his posts that he has a tendency to whine, that he pretends to be a good person but never does anything to back it up, and his sense-of-humor is practically non-existent.

I want my ex to look at my page and see that not only have I moved on, I'm thriving. If he can't see the social media record of my fabulousness, how will he know?

7. I Want To Honor Our Time Together

We had our moment, it was brief, but it was intense. It changed me in ways that I'm still discovering, and I know i wouldn't be who I am if we hadn't been involved. I don't want to obsess (too late?) but I don't want to forget that our relationship happened either. I'm grateful for what he brought to my life.

8. My Ex Was My Friend Once, And He Might Be Again

Someone once told me that we need to hold on to whatever love and affection we get, no matter if it isn't the kind we think we want. So it didn't work out with my ex, and we both found other people. We connected at some point, and maybe a new version of that connection is in our future.

What would it take for you to unfollow someone on social media? We discuss unfollow horror stories & more on the latest episode of Bustle's The Chat Room. Listen here:

More like this
Here’s What TikTok's "Mascara” Trend Is *Really* About
By El Hunt
12 Aphrodisiac Desserts To Spice Up Your Valentine’s Day
By Kaitlyn Wylde
TikTok's Voluntary Celibacy Trend Has Sparked A Movement
By Lexi Inks
23 Super Sweet Things To Write In A Valentine's Day Card
By Karen Belz and Lexi Inks
Get Even More From Bustle — Sign Up For The Newsletter
From hair trends to relationship advice, our daily newsletter has everything you need to sound like a person who’s on TikTok, even if you aren’t.