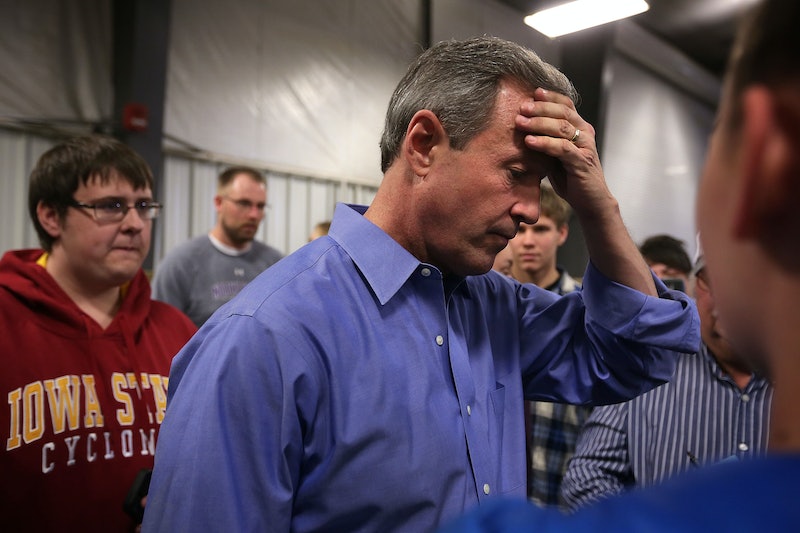 After dutifully chugging along for more than seven months, Martin O'Malley's presidential campaign has finally come to an end. The former Maryland governor is set to announce Monday evening that he was ending his quest for the White House, according to the Associated Press. O'Malley dropping out of the presidential race came during the Iowa caucus, during which votes for O'Malley, as expected, lagged behind. O'Malley's departure from the race isn't exactly a surprise; he had been written off from the moment he announced his run. But why did he fail to gain traction? And was he really doomed from the start?

The truth is that O'Malley always faced an upward climb, as did every Democratic candidate not named Clinton. While it's undeniable that Hillary fought long and hard for her success, it's equally undeniable that she was the overwhelming favorite even before she announced that she was running. Plenty of high-profile Democrats with national ambitions, such as New York Governor Andrew Cuomo and Senator Kirsten Gillibrand, had hinted at a run before Clinton entered the race, but the former Secretary of State more or less cleared the field the moment she jumped in. Cuomo, Gillibrand and others simply didn't want to run what would most likely be a doomed campaign. That calculus made sense: In addition to the fact that they'd probably lose, they'd also risk inciting the wrath of an extremely powerful Democrat who could well be the next president of the United States.

O'Malley decided to give it a go regardless, and there were early signs that he planned to run to Clinton's left. For example, he enacted several sought-after liberal reforms towards the end of his governorship, and took veiled swipes at Hillary for her perceived centrism. Still, his odds at winning the nomination weren't great — and they got a whole lot worse on April 30. That's the day Bernie Sanders announced that he, too, would be challenging Clinton for the nomination, and it was some of the worst news O'Malley could have possibly received.

Sanders is probably the most liberal national politician in the country, and with him in the race, there was very little justification for O'Malley's campaign. After all, how can you run to Hillary Clinton's left when there's a guy who openly identifies as a socialist in the race? Progressive Democrats who were unhappy with Clinton flocked to Sanders, and that left few voters around for O'Malley to court.

But even without Sanders, the deck was heavily stacked against O'Malley. This begs the question of why he ran in the first place. Personally, I've long believed that O'Malley's primary goal in running was to act as an insurance policy against an unlikely collapse of Clinton's campaign. Had Clinton been getting indicted over the email scandal, for example, O'Malley would have gone from the underdog to the Democratic frontrunner more or less overnight. Another (equally-speculative) explanation is that O'Malley simply wanted to raise his national profile to set himself up for something else — the vice presidential nomination, for example, or perhaps a cabinet appointee in a Clinton administration. There are many reasons to run for president; not all of them entail actually wanting to be president.

It's worth mentioning that, while he ultimately lost, O'Malley ran about as good of a campaign as he could have. He made few verbal gaffes, suffered no major scandals, and occasionally shined on the campaign trail, most notably in the second Democratic debate. In a different year with different opponents, O'Malley could certainly have won the Democratic nomination — but the facts on the ground, to borrow a military term, were against him.

Only time will tell whether O'Malley's campaign was a net loss for him. While he didn't win, there will be plenty of open cabinet positions available if Clinton wins the presidency. And if that doesn't pan out, he can always go back to his roots: He is, after all, eligible to serve another term as Maryland's governor. It's not the presidency, but it's better than nothing.