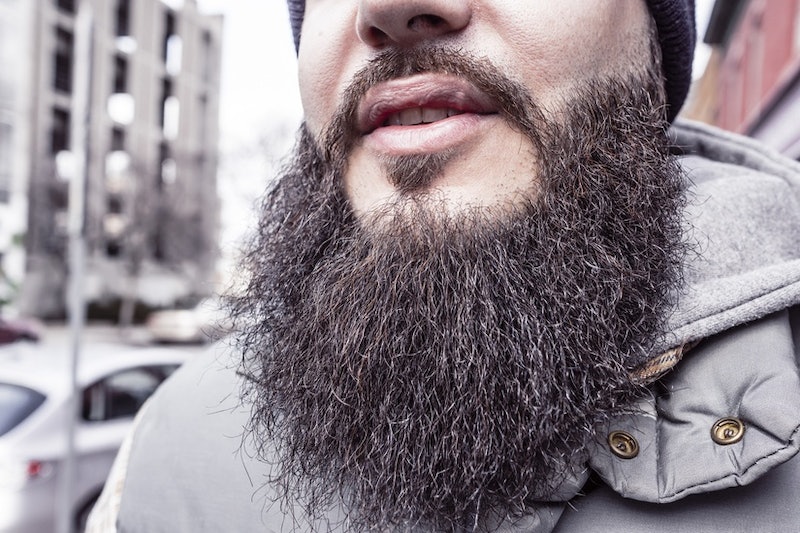 If you are looking for the hippest, biggest, boldest and awesome-est beauty trend, look no further. Men are putting glitter on their beards and rocking it like nobody's business. It's like something straight out of the Hunger Games capital. It's so in your face, and will most likely end up on your face. I'm digging it.

For far too long we have expected glitter on women's bodies and eyelids, forgetting that men have both of those things too. It's time for glitter to become mainstream menswear. I think it was Demetri Martin who said "glitter is the herpes of craft supplies," and I would have to agree. Now the playing field has been leveled, and glitter can become annoying to all genders. Because let's be real, any time glitter is involved it's like a beautiful natural disaster. A natural disaster we can all now wear on our faces. #Amen.

I wonder if this trend will keep on trucking along and become mainstream, or fizzle out like the Von Dutch hats that people rocked in the early '00s. (I'm really proud of that sentence because of the play on the word "truck" which applies to both trucking along and Von Dutch trucker hats.) I'm down with the glitter and I am down with beards — so bring on both of them! Hopefully on a man willing to put up with my need to explain joke structure.

Until the day I meet such a man, please press play on Smash Mouth's "All Star" and enjoy this bearded compilation of glory.

Not only are they real, but they are perfection incarnate. Bring on the nose rings, tattoos and piercings.

Rock one with friends!!

Glam on, everyone. GLAM ON.