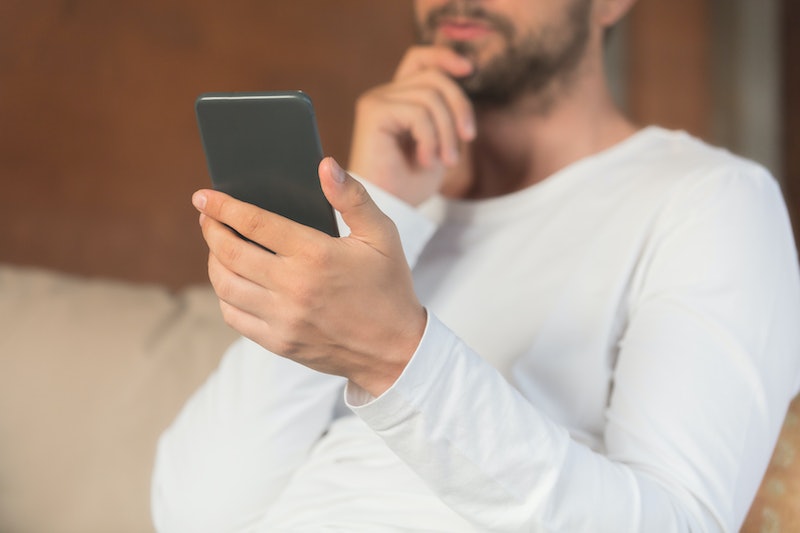 Would you say something if you discovered your partner was sexting someone else? For me, it’s not even a question of if I would respond but rather, how. I imagine on the spectrum of reactions between Hillary Clinton and Lorena Bobbitt, I would fall in the middle, leaning towards the right.

But perhaps I am overreacting. Results from a new survey suggest so.

Researchers in the survey, which was conducted by Good in Bed along with Men's Health and Women's Health magazines, asked participants to respond to a variety of different sex and relationship scenarios, including the sexting scenario in question.

Only one in five respondents of the 5,000 surveyed said he or she would leave a partner upon discovering a sexting exchange with somebody else. A third said that he or she would not confront the partner about it.

It's not my place to argue what protocol you should follow after finding your significant other has been sending “ballsy” texts to someone who isn't you. But I do contend that such a discovery necessitates some sort of partner confrontation—whether it's over coffee or shattered car windows.

These survey findings reflect technology's place in society: Digital modes of communication have subverted face-to-face conversation. Yet, because these technologies are still new, we've yet to determine how they fit into our relationships. The argument then is that they may blur the definitions of cheating and harmless flirting. But if we have come to conflate these modes of technology with “authentic communication”, then why the gray area? My opinion? There is none.

Cheating is not limited to physical contact (which such sexting, no doubt, can precipitate). It comprises an umbrella of actions, all of which amount to a breach of trust. I’m not saying this is grounds to leave the relationship; everyone has their own deal-breakers. But to sweep it under the rug is to ignore the violation of the partnership.