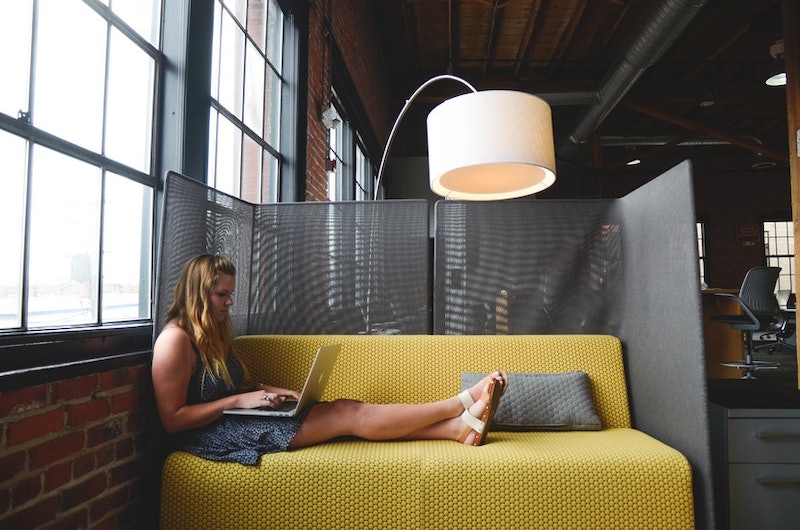 We already know that FOMO — that is, fear of missing out — is totally real and backed by science. But could it be hurting your actual health? According to a new study conducted at the University of British Columbia, our posts on social media are fueled on envy — which spells bad news for our peace of mind. Yikes.

When you think about it, the study doesn't really come as much of a surprise, though. Scroll through your Facebook feed and you'll see an assortment of stunning travel pictures, carefully coordinated group shots, and meals that look too good to be homemade. But the envy that fuels our posting activity isn't necessarily the type that's meant to show others how awesome we are; it's meant to convince ourselves that we're as good as everyone else. According to study lead Izak Benbasat, "The unrealistic portrayal of life is not motivated by the desire to make others jealous, but rather a need to compete and keep up appearances." This creates an unhealthy cycle of envy that feeds on itself.

Numerous studies have charted the impact, both positive and negative, that social media can have on our well-being. One study from April 2015 pointed out how sites like Facebook can trigger manic and depressive behavior in people who are vulnerable. Yet, the same study also showed how online self-construction (such as building a profile) can help people build a sense of identity when recovering from a mental health crisis.

What most social media-based studies agree on, however, is that people using them need to be aware and educated of potential problems. In order to keep you from feeling the burn of FOMO, here's a few steps you can take to make your social media self a much less envious one.

1. Do A Friend Cleanse

OK, it was kind of cool to have like, 1,239 Facebook friends in high school. But beyond that, you probably don't even remember 90 percent of those people exist until they share a picture of their obscenely large engagement ring that sends you into a self-loathing spiral. Why not try paring down your Facebook friends list to a set of people you genuinely care about? That way, when they share that engagement announcement, you can send heartfelt congratulations instead of opening a new tab to research voodoo doll-making.

2. Get Your Ex Out Of Your Eyes

Some people, on principle, choose to remain social media acquaintances with exes. Sometimes, though, the claim that they "don't want to burn a bridge" is actually code for wanting to see when he or she starts dating someone new. Obsessively checking up on a former lover's social media presence can be majorly damaging to your own recovery from a broken heart. Fortunately, Facebook recently launched a whole new set of tools that can help you wipe the slate clean of someone who did you wrong.

3. Treat Yourself To An Amazing Experience Without Posting About It

Getting your hair or nails done, going to a favorite restaurant, and more are all automatically cause to share the revelatory experience with your social media circle. Yesterday, I went to lunch with a friend and she was adding filters to a picture of the meal before she had even taken a single bite. You have to admit that's the slightest bit absurd. The next time you have the urge to 'Gram, Tweet, or post an experience, why not try resisting? It's surprising to find that the world doesn't end just because you're not posting about it.

4. Be Mindful Of What You See

When we post a beautiful selfie, of course we know that it took us 20 minutes of makeup and hair preparation, plus another 20 minutes of snapping in order to get the money shot. That doesn't mean the end result is any less beautiful, but we know that this isn't exactly the instant reality. Yet, when we see someone else's pictures and posts, it's not our first instinct to consider everything behind it. Facebook is a curated representation of our lives, not the real thing — and while that's totally OK, it's important we remain constantly vigilant of the fact.

More like this
Ashamed Of Your Screen Time Stats? Here's How To Change That
By Alexis Morillo
How To Turn Off TikTok Profile Views So You Can Stalk Other Accounts In Secret
By Alexis Morillo
This Wordle Rival Is Taking Social Media By Storm
By Sam Ramsden
Annie Rauwerda Finds Treasure In The Depths Of Wikipedia
By Chloe Foussianes
Get Even More From Bustle — Sign Up For The Newsletter
From hair trends to relationship advice, our daily newsletter has everything you need to sound like a person who’s on TikTok, even if you aren’t.