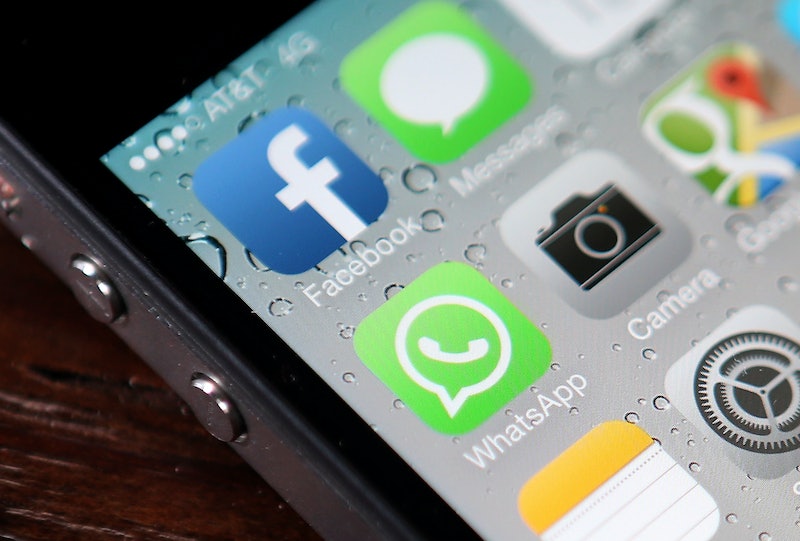 Did you know you can broadcast live video on Facebook? Because you can. But don't worry if you weren't hip to this development; the Live Video function has only been available for select users... until now. Facebook's Live Video feature will soon be available for all of the social network's 1 billion users, although there are a few catches: It's only going to be available in the Facebook app, and at the moment, it lacks Android support.

Live Video is a feature Facebook began testing back in August of this year. "Public figures," including Dwayne Johnson and Serena Williams were given the capacity to create live broadcasts. Fans could watch, like, comment, and share these streams, but weren't able to create streams of their own.

Now, Facebook wants you to take the feature for a spin yourself. Within the original Facebook app, the "create status" field will now have an option to add Live Video. If this is selected, the broadcast will automatically begin. The capacity to like and comment during the stream is available, as well as an element that lets you see how many people are currently tuned in. Once the stream is over, the video is saved and posted to your Facebook wall, where it can be deleted if you so choose.

Currently, only iOS users will have the Live Video function available to them; Android users can tune in to the streams, but can't stream themselves. According to the Daily Dot, the feature is expected to roll out for Android devices within the next year.

The development of Live Video would appear to be a competition with apps like Periscope, which allow users to broadcast themselves in real time. It's also a push to make the app and website more real-time friendly and compete with more of-the-moment forms of social media like Twitter and Snapchat.

It will definitely be interesting to see what people make of the new Live Video feature. Certainly YouTubers and bloggers will have a lot of fun with the new medium, but what of the Average Joes? I personally don't know if I can see myself sharing a live stream of anything in my day to day life. Unless anyone wants to watch me binge watch Jessica Jones — in which case, see you on Live Video.