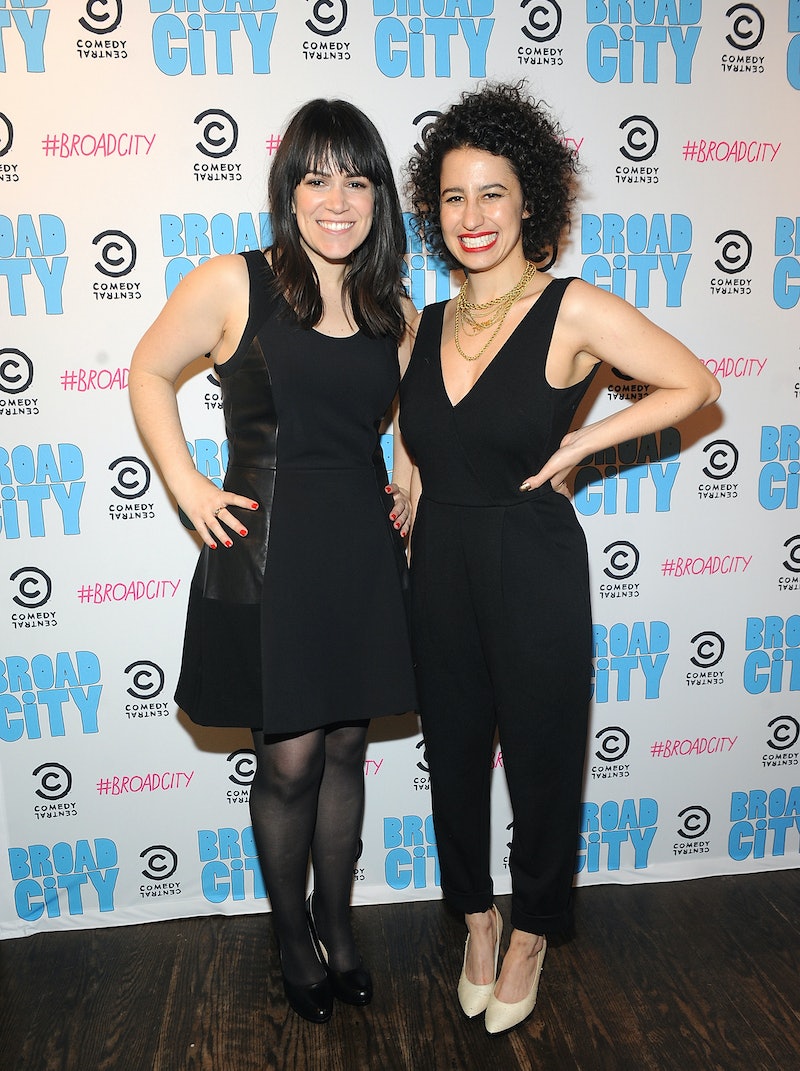 Awards show noms and YouTube mashups aside, one of the most interesting things to examine at the end of the year is what new words and phrases made their way into our everyday lexicon. Last year "side-boob," and "YOLO" were among 2014's favorite phrases (wow, what a classy year). So what did 2015 have in store?

GIF keyboard app Riffsy tracked the top buzzwords from the past year using the format that's become one of the most beloved modes of communication: GIFs. In 2015, Riffsy users made more than 10 billion searches. When examining the volume of these searches, Riffsy unearthed a selection of the year's most popular buzzwords and was able to chart their rise to vernacular stardom.

The results are far from shocking. If anything, they'll make you stop and think "Wow, I really do say that like, every day." My parents may call this development absurd and mention something about the good old days of snail mail and so forth, but it's pretty neat to see how viral culture has impacted the way we communicate with each other. Bigger concepts and ideas can be boiled down into the form of a three-second GIF that can be shared with the tap of a screen.

Take a look at the most popular buzzwords from 2015 according to Riffsy. The list will leave you saying, "Yaaass, queen!"

"Yass," "yaass," or "yaaaaaass!" is the ultimate exclamation of satisfaction. Though its origins lie in the humble "yes," consider "yass" an affirmative on steroids.

In March, the phrase began its steady climb into our vocabulary. Though it seems to have come out of nowhere, my theory lies with Ilana's penchant for the word in Broad City Season 2, which aired from January to March of this year. As soon as those episodes hit the 'net, the world embraced the "Yass!"

"SMH" is an acronym for the phrase "shaking my head." Essentially the antithesis to "Yass," SMH represents a next level of hatred that can only be described by silently stewing in frustration. An alternate meaning suggests the acronym stands for "so much hate." Either way, you get the idea.

SMH has been around for a while, and was clearly already a semi-popular phrase at the start of 2015. Despite a dip in popularity in March (everyone was clearly too busy learning "yass"), SMH is finishing out the year incredibly strong.

"What do you mean?" asked Justin Bieber on the first single from his newest album, Purpose. Despite being a genuinely catchy tune, the Bieber-certified phrase quickly took on a life all its own. Perhaps it's the use of such a comically straightforward question as the basis for a song, or the universality of not having any idea what's going on — either way, Bieber has never been more relatable.

The release of the song itself was announced in July, hence the slow-building origins. The actual track dropped in late August, accompanied by a music video. November, the month in which Purpose was released, was a standout month for the phrase. Maybe there's just so much confusion and chaos in the world right now that one can't help but ponder, "What do you mean?"

To "get it!" means to go for it, to achieve your dreams, to shoot for the stars in every way possible — whether that be deciding you want guac on your burrito, or that you're going to give your number to that dude across the bar. "Get it" is essentially the YOLO of 2015.

Get it didn't really rise to prominence until September, and one must ask why? I mean, there's a Stevie Wonder and Michael Jackson duet called "Get It" from 1987 and people are just realizing it's one of the best expressions now?

This phrase comes from one of the most hilarious viral videos of the year. "Why You Always Lying?" features a guy singing and dancing (purposefully poorly) to Next's "Too Close." Though this man was just trying to get to the bottom of something, the world related immensely.

The original video was uploaded to YouTube on Aug. 31, hence the rise to prominence in September and October. The video and ensuing GIFs become prized reactions for all of the nonsense people post on Tumblr and Twitter. Why? Why are they always lying?

More like this
Ashamed Of Your Screen Time Stats? Here's How To Change That
By Alexis Morillo
Learning To Love, Not Judge, The Lunchbox Wives Of TikTok
By Esther Zuckerman
How To Turn Off TikTok Profile Views So You Can Stalk Other Accounts In Secret
By Alexis Morillo
I Spent 2 Years Trying TikTok’s Dating Advice
By Kailynn Johnson
Get Even More From Bustle — Sign Up For The Newsletter
From hair trends to relationship advice, our daily newsletter has everything you need to sound like a person who’s on TikTok, even if you aren’t.