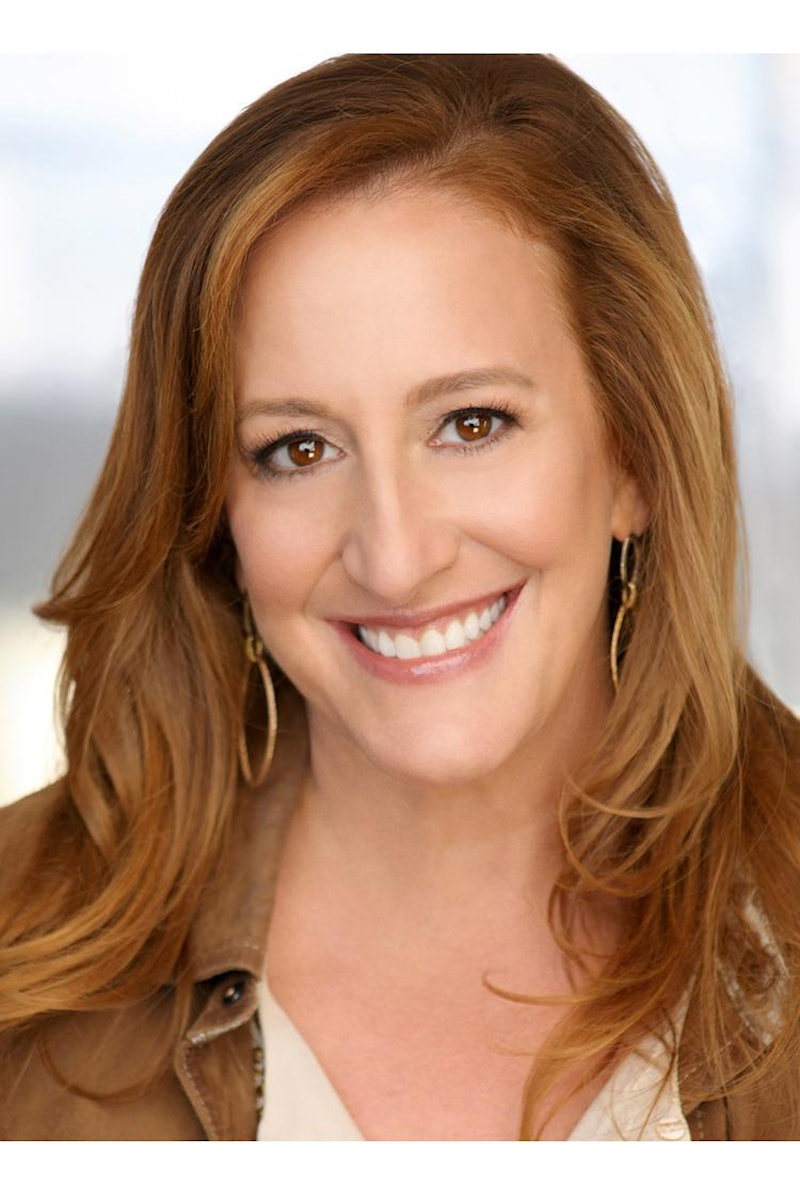 Let's get the first, painful thing out of the way. Cindy: Please change your subtitle. I get it, I do. It’s quick, it’s snappy — it even rhymes! It’s a nice exclamation point to the title of your new book when it’s said all together: The Longest Date: Life as a Wife (Viking).

But do you know what I think of when I think of “wife” memoirs, or someone describing her life as a wife? Especially wife memoirs by semi-famous, to all accounts successful women? I think of Melissa Gorga, from The Real Housewives of New Jersey. I’ve got nothing against the Housewives franchise — that’s not the problem. I have a problem with her latest book, Love Italian Style, where she says “If your wife says "no," turn her around, and rip her clothes off. She wants to be dominated,” and:

When gender roles are confused, sexual roles are, too. If he's at the sink and then changing diapers, then who throws down in the bed? In our marriage, Joe is always the man, doing masculine things. I'm the woman, and I do the female things, including housework.”

That’s marital rape and some really aggressive gender norms all rolled up in one tidy package parading as a way to "help" women.

Or I think of Full House — also, not normally a bad thing, unless it’s about Candace Cameron Burke who wrote, with regards to her husband, in Balancing It All: My Story of Juggling Priorities and Purposes:

I quickly learned that I had to find a way of honoring his take-charge personality and not get frustrated about his desire to have the final decision on just about everything. I am not a passive person, but I chose to fall into a more submissive role in our relationship because I wanted to do everything in my power to make my marriage and family work.

It seems like the secret these powerful women want to reveal to having a happy marriage is to leave power at the door. How can you be a modern woman? Embrace your inner housewife! I’m uncomfortable with that compromise, so can you blame my initial trepidation, the distance with which I approached Chupack’s book? But Chupack taught me that there are women out there who know how to write about this elusive role of woman-as-wife without setting us back hundreds of years.

Chupack's climb to fame started as a writer on Sex and the City, and whatever we might think of it (and it’s very unfortunate movie franchise now) there’s no doubting that it revolutionized what it means to be single, especially single and older than twenty-five. It really should come as no surprise that in The Longest Date, she’s riotously funny and, more importantly, not a Stepford wife. The most refreshing and welcome part of The Longest Date is when Chupack talks about what her marriage really means:

And marriage, for better or for worse means you have a full-time live in enabler. That’s one of my favorite aspects of marriage, actually — the fact that your partner in life can be you partner in crime. Together, you can create new traditions, make your own rules, and break your own rules.

Gender roles? Meekness? Submission? Nope. Chupack and her husband are just two Jews deciding to celebrate Christmas together as newlyweds because Pottery Barn makes it look so pretty, and because they could. In Chupack’s world, marriage is about crafting your own world, not sticking to the one your parents made you think you had to fit into. It should be quite a weight off the shoulders of any woman concerned with reconciling being a wife with being Beyoncé-levels of fabulous. Ladies, you can (just make sure you find a Jay-Z who’s chill with it).

The Longest Date isn’t just two people making a perfect life together, though. (That happens on Pinterest and approximately nowhere else.) Chupack lets readers see the little ugly parts of marriage that are bound to pop up — and she’s all the more endearing for it. When her husband, Ian, is sick she realizes that:

I find this state so unattractive in a spouse, especially a male spouse, that it renders me unable to be as kind and empathetic as I should be.

Watching her being pulled between what is normally expected of a wife (being nurturing and kind) and how she actually feels (ew, snot), doesn’t provide any answers, but it does make a reader feel less alone.

The Longest Date is a wonderful book. It’s funny, it’s touching, and it is so, so relatable. I feel bad for judging it so wrongly. But considering what else occupies the “wife memoir/advice” genre, can you blame me? (And, speaking of which, where are the “How to be a Husband” books? When I look on Amazon, all I get are animal husbandry manuals.)

Don’t be fooled by its tagline — The Longest Date isn’t a wife book, it’s a life book.

More like this
Prince Harry Incorrectly Recites Christina Aguilera’s “Genie In A Bottle” Lyrics
By Jake Viswanath
Meghan Trainor & Daryl Sabara Are Expecting Their Second Baby
By Jake Viswanath
Here's How Netflix Should Adapt Prince Harry's Memoir Into A Movie
By Ginny Hogan
Jessica Simpson On The Time She Was Pursued By A Backstreet Boy & An *NSYNC Member
By The Editors
Get Even More From Bustle — Sign Up For The Newsletter
From hair trends to relationship advice, our daily newsletter has everything you need to sound like a person who’s on TikTok, even if you aren’t.