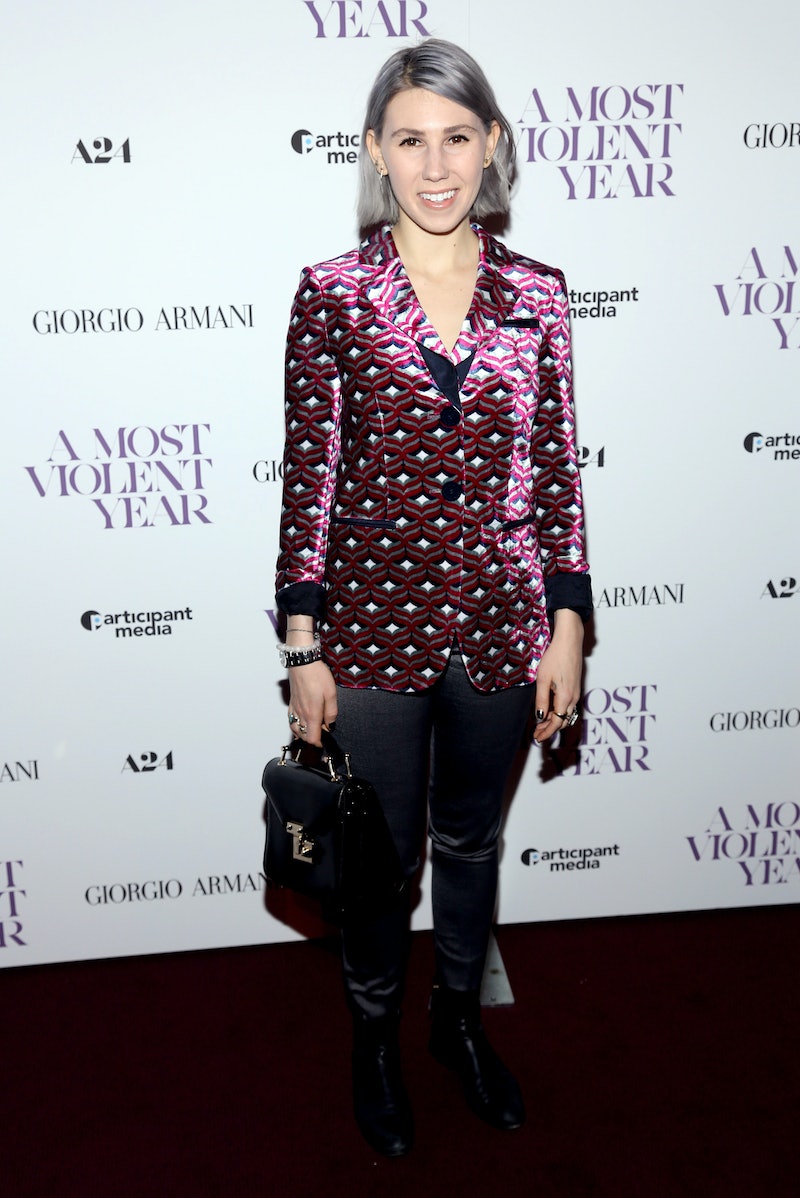 For every decree made in regards to what is fashionable, there is a rogue style star willing to rock the opposite, making way for the best fashion rule breaking moments of 2015. So often we are told what we should and shouldn’t wear and are expected to follow creativity crushing adages like, “Don’t wear white after Labor Day,” and “Leggings are not pants.” These so-called rules are the exact reason many of us live for turning mainstream faux pas into full-blown fashion statements.

When it comes to style rules, 2015 was the year we became a generally un-abiding mass. Not only did we protest traditional notions by mixing our metals, pairing black with, wait for it, both blue and brown, and refusing to put away our whites after Labor Day, but we also pushed the boundaries of various unspoken rules in relation to plus size women and ageism. Celebrities, style icons, Millennials, and progressive brands are all pushing us towards the viewpoint that the only rule is that there are no rules.

A lot of fashion’s so-called guidelines were ignored over the last 12 months, leaving room for creative, out-of-the-box, and all-around fierce moments that we may not have otherwise seen. So here are the best fashion rule breaking moments of the year.

Pajamas were once considered private attire, but leave it to Rihanna to completely ignore any mainstream faux pas. On multiple occasions, bad gal RiRi rocked her PJs in public — both on the red carpet and, most notably, in NYC on her way to the recording studio (furry, heeled slippers included). Plenty of other celebs took note, with Selena Gomez sporting bedroom threads in Paris and Cara Delevingne getting cozy in Stella McCartney, all giving new meaning to the phrase, "I woke up like this."

2. When #SocksAndSandals Went From Taboo To Trendy

From totally taboo to fiercely on trend, socks were a sandal's best friend this year. Previously placed in the fashion category of "bad dad style," socks gained major fashion notoriety as they made their way down runways, paired with everything from Teva's to stilettos. As a result, showing off our socks was the fashion rule to break this past spring and summer.

3. When White Was Worn All Year Round

Kylie Jenner stepped out after Labor Day in an all-white outfit that was perfect for fall and continued to make the case for colorless monochrome no matter the month. We also saw all-white ensembles dominate the 2015 Emmys red carpet and pop up on famous faces during NYFW, proving that the "no white after Labor Day" dictum is dead.

When Zosia Mamet went gray at the close of 2014 for the premiere of A Most Violent Year, she spurred an entire elder-inspired trend that would live on through a large part of 2015. Spanning both the beauty and fashion worlds, Mamet's silver fox locks arguably gave ladies everywhere a reason to go full granny chic.

When Gigi Hadid arrived at the Sydney airport in August, strutting her sweatpant-clad, high heel-wearing stuff, she basically solidified what we have all been hoping for years: Sweatpants can, in fact, be a staple outside of the gym. Thanks to Hadid and her always on-point athleisure style, joggers and skinny sweats broke out of their workout-wear niche and became street style goals.

6. When Pants Replaced Tights Under Dresses

A trend that has always been a true love or hate affair for many, several celebrities passed on tights this year, opting instead to pair their dresses with pants. A favorite combo for many a red carpet, premiere, and high profile event, dresses worn over pants trickled down into mainstream fashion for a time in 2015. While many vehemently opposed the tight alternative, it certainly broke the traditional rules of dressing and had the Internet buzzing with "how to's."

Not only did model BFFs Kendall Jenner and Gigi Hadid make leggings an athleisure go-to, but Jenner regularly paired high-waisted leggings with crop tops and heels for a most coveted street style look. If we've heard it once, we've heard it a million times: "Leggings are not pants." I guess Jenner wasn't listening and, as a result, the "It girl" officially broke the rules and helped make stretchy spandex an appropriate bottom for all.

While it isn't a hard and fast rule, mainstream work for plus size models is still scarce, to say the least; but 2015 saw some inspiring progress. Not only did Ashley Graham walk NYFW, but she did so in lingerie. Her stunning Addition Elle debut helped break unspoken yet outdated fashion rules relating to size ideals in the industry.

In other unwritten rule news, French ready-to-wear brand Celine made 81-year-old Joan Didion the star of its SS15 ad campaign, breaking both the Internet and the decree that youth is beauty. Ageism may not be dead, but the rules were certainly bent in 2015.

10. When Tess Holliday Was An H&M Star

H&M's sustainable clothing campaign "Close The Loop" was centered on breaking all the fashion rules and cast some of the most headline-making rule breakers of all. Most notably, perhaps, plus size model Tess Holliday stole the spotlight, further disbanding the notion that there is no place for plus size models in fashion.

Not only did Vogue use its September issue to highlight the fashion "rule breakers defining the way we dress," but it also gave the cover to one of the biggest boundary-banishing style icons of our time: Beyoncé. Queen Bey was also the first black, female artist to land the Vogue cover, continuing to encourage both diversity in fashion and going rogue on the so-called rules.

All hail the fashion rule-breakers of 2015. And here's to a new year full of even more boundary-pushing, un-abiding moments.