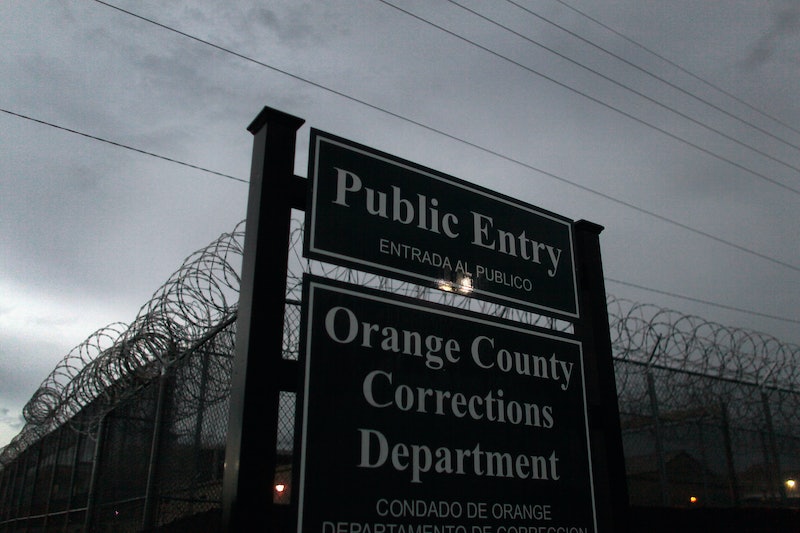 After more than a week on the run, two Orange County jail fugitives were caught in San Francisco on Saturday, closing a manhunt that began in Santa Ana, California, and spanned hundreds of miles to the Bay Area. Hossein Nayeri and Jonathan Tieu, who escaped from an Orange County Jail on Friday, Jan. 22, were taken into custody by San Francisco police. A third fugitive, Bac Tien Duong, had already surrendered to authorities on Friday in Santa Ana.

According to The Los Angeles Times, Nayeri and Tieu were caught after a woman spotted a van parked in a Haight Ashbury Whole Foods parking lot that matched the description of the one the two fugitives allegedly stole last week. The woman quickly notified authorities. Orange County Sheriff Sandra Hutchens said Saturday in a press briefing that Nayeri attempted to evade authorities, but was arrested after a brief chase in the parking lot. Authorities then found Tieu in the parked van. The arrest occurred at about 8:50 a.m. Hutchens told reporters that there were no weapons found inside the van, though authorities did recover ammunition.

Duong entered an auto shop in Santa Ana on Friday, telling the owners who wanted to surrender to authorities. The owner of the auto shop, Tri Nguyen, had reportedly been friends with Duong for roughly 10 years.

Orange County authorities believed the three fugitives were still in Southern California until the last couple of days, when several tips pointed to the Bay Area. Duong reportedly traveled with Nayeri and Tieu to Northern California, then returned to Santa Ana on his own.

On Friday, the Orange County Sheriff's Office released a statement saying Nayeri and Tieu were believed to be in either San Jose or Fresno. One of the tips authorities received was from a motel manager in San Jose, who said that he believed the two suspects stayed at his motel on Tuesday and Wednesday night, and left Thursday morning.

According to the Orange County Sheriff's Office, the three fugitives broke out of the Orange County jail with a "well thought-out plan that required cutting through steel bars and plumbing tunnels. They were able to make their way to the jail's roof, where they then rappelled to the ground with bed sheets. Authorities considered all three escapees to be dangerous. Nayeri faced kidnapping, torture, and burglary charges. Tieu faced murdered and attempted murder charges, as well as charges for gang involvement. Duong faced charges for attempted murder, car theft, assault, various possession of firearms, and stolen property.

More like this
Chris Kaba's Family Continue Fight For Justice After Viewing Police Bodycam Footage
By Sophie McEvoy
These 2 Women Could Be America’s First Lesbian Governors
By Tess Garcia
Here's What Jeffrey Dahmer's Dad Has Said About His Other Son, David
By Grace Wehniainen
Where Is Lionel Dahmer Today? Jeffrey Dahmer’s Father Reflected On The Serial Killer’s Death In 2020
By Brad Witter
Get Even More From Bustle — Sign Up For The Newsletter