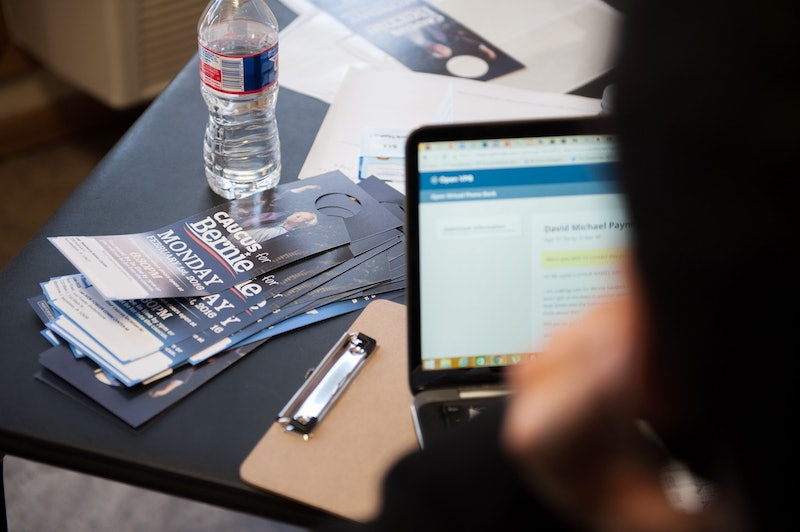 All eyes are on Iowa as preparations for the state's caucuses on Monday are finalized. With Republican and Democratic candidates campaigning hard in the Hawkeye State, caucus participants likely have a lively evening ahead of them, while the rest of the United States waits for the first official results of the 2016 presidential primary to trickle out. Do you want to live vicariously through Iowans come caucus night, but don't know where to get results from the caucuses? There's an app for that. Or rather, there are two. Thanks to modern technology, there are multiple ways to watch the Iowa caucuses unfold Monday and stay abreast of the results, which could come between 11 p.m. ET and midnight.

A new app developed by Microsoft, for use by authorized caucus chairpersons on smartphones and tablets, will significantly speed up the recording and reporting of results while also reducing the potential for error. Final results are always declared by the state's Democratic and Republican party headquarters, and fingers are crossed that Microsoft's new technology means the big blunder of 2012 won't be repeated. That year, state party officials declared Mitt Romney the Republican winner, only to learn later that results from slower-to-report caucuses had pushed Rick Santorum into the lead by 34 votes. This app is how the officials will keep track of it, but there's one for the public, too.

This app, released by Gannett and The Des Moines Register, is available for iPhone, iPad, and Android users. It provides "insider analysis" and news coverage of the 2016 Iowa caucuses. The Register will also livestream caucuses in select precincts on its homepage in partnership with WHO-TV. Their livestream, which will accompany real-time reporting on their website, will also reportedly offer a peek into candidates' Iowa results parties. The paper has also said it will release results through an official Twitter account dedicated to covering the caucuses. If that's not enough, The Register also runs a candidate tracker, keeping tabs on the movements of every presidential candidate as they make their final campaign attempts in the state.

Iowa's Republican party has a website where it will be posting results as precincts report in. Their Twitter account is also expected to be a good source of information. Iowa's Democratic party has provided multiple educational resources on how their party's caucuses work, how delegates are determined, and how the results are tallied. Their website and official Twitter account will also be a source for official vote results Monday night.

The Iowa caucuses might not predict which candidates will become the official presidential nominees this July, but they are an exciting opening to the election season. How a candidate performs in Iowa could influence how they're received in other states, but there's no guarantee. Results of the caucuses will, however, affect how candidates' donors feel about continuing support. Low numbers might result in a loss of campaign momentum that could derail a candidate completely, which is why watching the Iowa caucuses on livestream might just be the perfect way to spend Monday night.