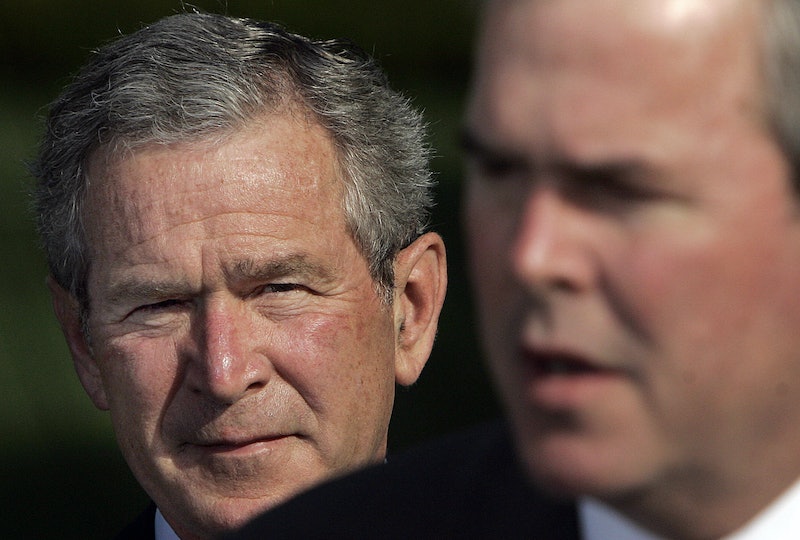 As the first presidential contest in the nation, there have been volumes written about the importance, or lack thereof, of the Iowa caucuses on the eventual outcome of the national election. Sometimes the initial momentum from winning Iowa can jump-start the campaign of a relative unknown like the freshman senator from Illinois, Barack Obama, in 2008. Winning Iowa helped prove his electoral viability not only to Middle America but to Black America, too. Or, in the case of former Arkansas Gov. Mike Huckabee, a win out of Iowa can translate into a career as a political pundit. Below is a look at what past winners of the Iowa caucuses have to say about the current crop of presidential candidates.

While winning Iowa doesn’t necessarily translate into winning the White House, many of the winners in Iowa are still major players in Washington and around the world. Perennial presidential hopefuls John Kerry and Al Gore are active on the world stage as secretary of state and Nobel Prize recipient, respectively. Former Sens. Tom Harkin and Bob Dole, along with 1988 winner of the Democratic caucus former House Majority Leader Dick Gephardt, also had long, illustrious years serving in Congress despite their failure to win the presidency.

That's why their words of support could carry a lot of clout as the election heats up.

Harkin won a clear majority in the Iowa caucus in 1992, garnering just over 76 percent of the vote. His commanding lead — "uncommitted" was next at 11.9 percent, followed by Paul Tsongas at 4.1 percent, and Bill Clinton at 2.8 percent — may have been due to the fact that Harkin served Iowans as a popular congressman and then senator for most of the past two decades. During his time in office, he worked with both Hillary Clinton and Bernie Sanders before retiring in 2015.

Harkin chose to endorse Clinton's candidacy for the White House, saying last August in The Des Moines Register that they share the belief that "everyone should be able to find well-paying jobs, that every child should receive the best education possible, that the elderly should be able to retire with dignity and security, and that everyone should have access to quality and affordable healthcare." Harkin had some harsh words for Sanders last November, claiming Sanders is actually "establishment" because he served in Congress longer than Clinton did.

File this one under: Surprised, Not. The winner of the Iowa caucuses in 2000, George W. Bush, is supporting his younger brother's ambition to be the third Bush in less than 30 years to occupy the highest office in the land. Jeb is also getting support from his father, George H. W. Bush, who won the Iowa caucuses in 1980 by edging out eventual nominee Ronald Reagan with barely more than 2 percent of the caucus vote. In a moment of levity, George W. Bush called Hillary Clinton his "sister-in-law," making light of his close relationship with former President Bill Clinton.

Dole, the longtime senator from neighboring Kansas, has the distinction of winning in Iowa twice — first in 1988 and then again in 1996 — but failed to translate his wins in Iowa into a critical mass of enthusiasm on a national stage. The two-time victor of the Republican Iowa caucuses does, however, have strong opinions about the current candidates. Dole declared his support for Jeb Bush's candidacy, thinks that Clinton's age could be a problem, and said that if the GOP nominated Ted Cruz, it could be "cataclysmic" for the party.

Though the winner of the Iowa caucuses in 2004, Secretary of State John Kerry has had precious little to say about the Democratic candidates for president this year. Wishing to stay far away from the "hurly burly" — his words — of the 2016 race, Kerry did have nice things to say about Clinton, his predecessor in the State Department, saying that she did a "terrific job" in the post. Kerry himself has said little on the record about fellow New Englander and Senate colleague Bernie Sanders or former Maryland governor Martin O'Malley, who gave a rousing endorsement of Kerry at the convention in 2004. A former high-level staffer for Kerry's failed 2004 bid for president, Tad Devine, has been with the Sanders campaign from its early days in 2014.

Al Gore Will Stay On The Sidelines — For Now

The winner of the Iowa Democratic caucuses in 2000, Gore has passed up the opportunity to endorse a candidate for the Democratic ticket several times, instead opting to wait until after the primaries are over. Despite the natural connection to Clinton from his time in her husband's administration, Politico reports a source close to the former vice president said, "they have a lot of history," and mentioned that Gore never really understood why then First Lady Clinton was tasked with shepherding through the administrations' health care reform effort, when the vice president would have been a more normal choice. In the same piece, another former staffer claims that Hillary Clinton's 2000 bid for New York senator "took up a lot of the political oxygen and party money. It put the spotlight on the Clintons" at the expense of his own failed presidential bid.