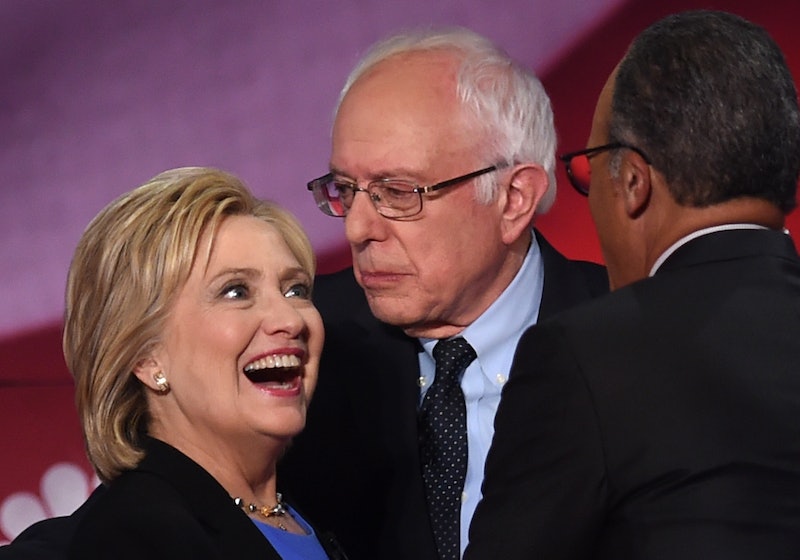 The campaigns of Hillary Clinton and Bernie Sanders have agreed on a plan to hold four more Democratic debates during the primary. Yay, right? Well, not exactly. It's still very tentative, because while Clinton and Sanders have agreed to more debates, they still disagree on the details of the arrangement. And the devil, as always, is in the details.

In the beginning, all of the Democratic candidates agreed to have six primary debates in total. Since then, however, Clinton and Sanders have changed their minds, and the campaigns — along with the Democratic National Committee — have found common ground in the general proposition that there should be more debates. So far, everyone has agreed on the specifics of exactly one additional debate. It's going to be held on Feb. 4 in New Hampshire, with MSNBC hosting. All three candidates (including Martin O'Malley) are expected to attend, and the national party has signed off, so that one is good to go.

New Hampshire, however, is where the agreeing ends and the bickering begins, though. The DNC has agreed to sanction three additional debates in addition to the one in New Hampshire, but the candidates can't seem to find common ground on when and where to hold them. Not surprisingly, both campaigns are pointing fingers at one another for making the discussions more difficult than necessary, and given the contradictory nature of their respective statements, it's very hard to suss out who has actually agreed to debate when, and where.

One thing is clear: Clinton very much wants a debate to be held in Flint, Michigan, which is currently experiencing a horrific water crisis, and Sanders' campaign will agree to this only if Clinton signs up to debate Sanders in Brooklyn in April.

"Why won't they debate in Brooklyn?" Sanders' campaign manager said in a statement. "What's the matter with Brooklyn?"

For her part, DNC Chair Debbie Wasserman Schultz has decided to wait until after the Iowa caucuses to finalize the agreement with the campaigns, so everyone will have a few more days to sort it out. What will most likely happen is that in the coming weeks is that each campaign will push to have debates right before primaries that they're currently losing. Still, because it's unclear why there's so much disagreement to begin with, it's hard to see how precisely it gets sorted out.

One thing that will make the process marginally more smoother though? O'Malley, currently polling at 2 percent, has said that he'll debate anyone, anywhere, anytime. So, at least there's that.