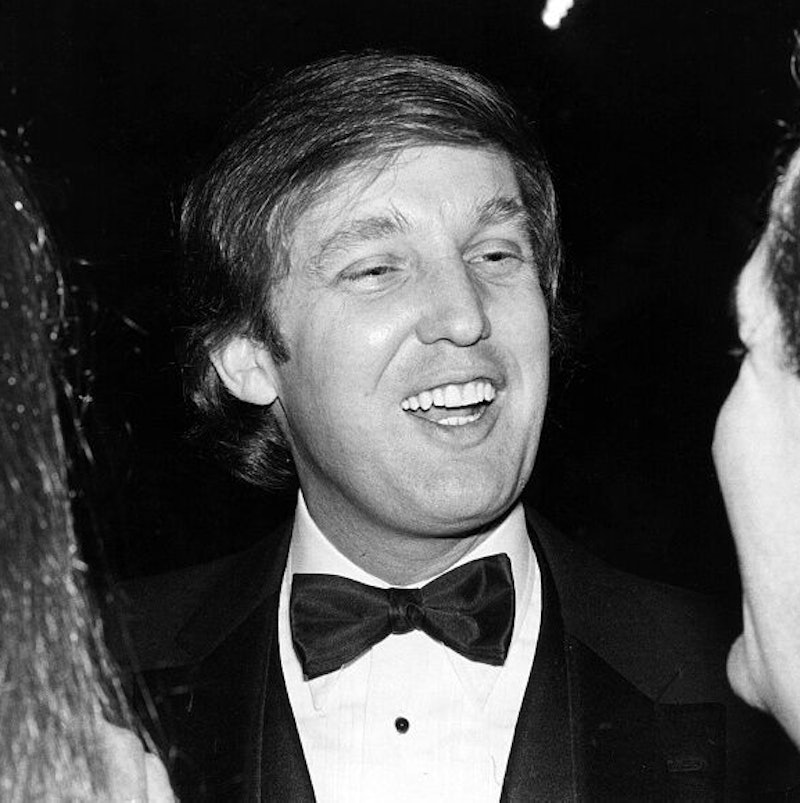 You've been seeing a whole lot of Donald Trump lately. From campaign trails to television appearances, the man's definitely not shying away from the spotlight any time soon. Often armed with a smug smile and the infamous comb-over, the Republican presidential candidate just might be this year's perfect meme. But has the Trump you love and hate always been so picture perfect?

Taking a trip down memory lane with Trump's photos is like stepping into a completely different era. I mean, the man hasn't changed for the past 20 years, but from the looks of it, he was actually a young guy once. Not to fret though. Young Trump can still be seen donning the signature hairstyle and classic black suit. But why is the real-estate developing billionaire almost unrecognizable in some photos? Is it the glitz and glam of the '80s that's shadowing the Trump you know now, or is it just the fountain of youth adding to his baby-faced look? Trump never shies away from posting a quality throwback photo, so we'll let you be the judge — take a look at this collection of old Trump photos and see if you can spot the budding politician.

Before Trump was the poster child of "Make America Great Again" and other hard-hitting political viewpoints, he could be found tearing up the streets of New York's most elite social scene. Here he is with ex-wife Ivana in 1989.

Here he is with Ivana again, looking like a completely different Trump without his permanent scowl and a bit of a hairstyle change. Is that even a... half smile we spy?

If he isn't pictured with one of his past wives, he's standing with his iconic Trump tower in New York City. Overlooking Central Park, the young businessman poses like a man running an empire, tie-in-hands and all while speaking to a reporter. Talk about a power stance.

Looks like Trump was getting a head start in politics already in 1988, looking chummy with boxing promoter Don King and George H.W. Bush after he won the presidential election. Wonder what Jeb would think?

Believe it or not, but there was actually a time when Trump was New York City's most eligible bachelor. From the looks of this portrait, with Trump staring lovingly into the distance, Trump was seeking to win America's heart.

But let's be real, what's Trump without some very awkward dance moves?

So, Trump might have actually been quite charming in the '80s. But we've got to ask, really, what's with the bow ties?

More like this
Watch Jacinda Arden’s Devastatingly Honest Resignation Speech
By Sam Ramsden
What The UK Blocking Scotland’s Gender Recognition Bill Means
By Sam Ramsden
Man Meets Politics: ‘Boy Meets World’ Star Ben Savage Is Running For Congress
By Jake Viswanath
Here’s What Happens To Bill & Frank In 'The Last Of Us' Video Game
By Brad Witter
Get Even More From Bustle — Sign Up For The Newsletter
From hair trends to relationship advice, our daily newsletter has everything you need to sound like a person who’s on TikTok, even if you aren’t.