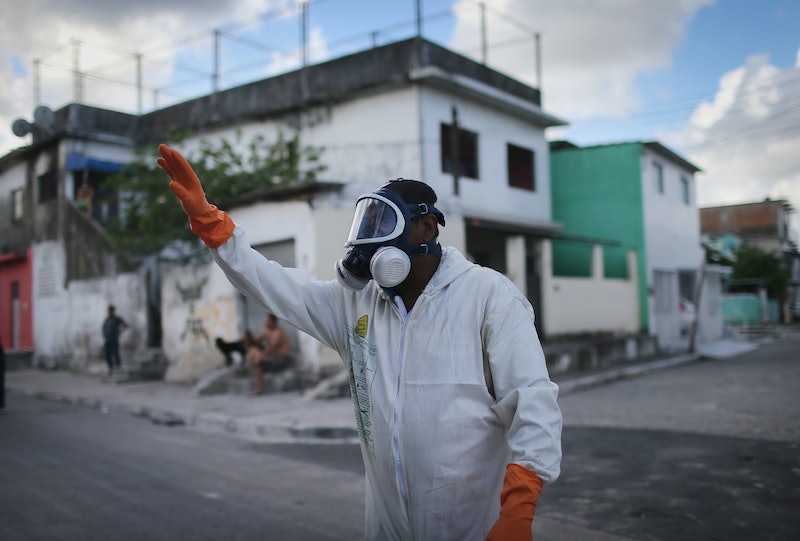 The World Health Organization has declared the Zika virus an international public health emergency. This is only the fourth time the WHO has declared an international emergency. The decision came as Brazil has hit an estimated 1.5 million cases of Zika infection, and the virus has swept through more than 20 countries in Central and South America and the Caribbean. According to Reuters, the WHO projected that the virus could spread to four million people throughout the Americas.

The WHO defines a public health emergency of international concern as "an extraordinary event which is determined to constitute a public health risk to other States through the international spread of disease and to potentially require a coordinated international response." Vox reported that this designation is used to encourage countries to pay serious attention to a health issue and pour their resources into stopping the spread of the disease.

According to the Centers for Disease Control and Prevention (CDC), the Zika virus, which is transmitted by mosquitoes, usually causes mild symptoms, including rash, fever, joint pain, and red eyes. However, major concerns have arisen over the connection between Zika infection and a serious birth defect called microcephaly, in which an infant's head and brain are abnormally small. Reuters reported that Brazil, the country most affected by Zika to date, has seen about 3,700 cases of microcephaly associated with the infection. Zika has also been linked to a neurological condition known as Guillain-Barre syndrome.

Julia Belluz at Vox explained that the WHO only rarely declares international public health emergencies, partly because the declaration may affect travel to countries experiencing outbreaks, which could devastate their economies. Therefore, the disease must be believed to pose a serious risk for such an action to be taken. Currently, the CDC has issued an "Alert Level 2" for the Caribbean, Central America, and South America. This alert advises travelers to practice caution to avoid infection, and encourages women who are or may become pregnant to postpone trips to these locations.

The declaration of international emergency will hopefully spur companies and governments to work toward developing vaccinations against the Zika virus. Reuters reported that the American companies Inovio Pharmaceuticals and Hawaii Biotech have begun efforts to develop a vaccine, but it may take months or even years before that vaccine is available for the general public. The declaration will definitely raise awareness about the seriousness of the disease. This in turn may affect travelers' decisions and alert local populations within the affected areas to the importance of taking precautions against infection.